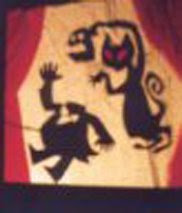 It is a good thing from my point of view that the boss is always ready to blog and, therefore, there is a flow of high-level information and analysis on EUReferendum whether I have time or (more recently) inclination to take part in the process.

There are numerous postings I need to do. In particular, I have not written about last Sunday's Rally for Peace in Trafalgar Square, which I attended and found very moving. I shall do so. A long piece on Russia is in the works. There are more things going on there than just the gas dispute though that is of some importance. But the boss has covered that, so I need not worry.

And so on, and so on. Above all, I need to make a decision whether to continue with the BrugesGroupBlog and, should I decide against doing so, what route to take as our work evolves.

In the meantime, I have managed to acquire a copy of one of Oriana Fallaci's last books, "The Rage and the Pride" and read it in more or less one sitting. We have written about Signora Fallaci before, in particular when her death was announced. She was a remarkably courageous journalist and the book (185 pages that include a lengthy introduction) is very well worth reading, despite its somewhat operatic style.

Signora Fallaci calls for the West to stand up and defend its truths and values and for Italy, the country she seems to have had a passionate love-hate relationship to live up to its history. I rather think that the second is happening, anyway. Pace Signora Fallaci, Italy's history was always a bit of a mess but as Harry Lime pointed out in "The Third Man", that mess often produced genius. What it did not produce is politicians or other members of the elite one could respect.

As for fighting for the West's real values, we are all in favour of that on this blog. But we are also in favour of defining them and, one could argue, that is what we do a good deal of the time.

One more thing until the boss blogs again. In response to the cartoon I posted a couple of days ago, one of our readers (to whom we are duly grateful) has done a bit of research. He has traced it back to Real Clear Politics and another blog, hitherto unknown to me, The Elder of Ziyon. It would appear that the cartoon was around during the 2006 war between Israel and Hezbollah, but was clearly created before that summer.

There is a reference to the cartoon in an article James Lewis wrote on American Thinker, a few days after the London transport bombs. Mostly the piece attacks the inflexible and unreasonable secular religion of the hard left. Well worth reading in itself.

What, you might ask, of the picture above. How does that fit in with anything at all in this posting? It's an illustration from one of the best twentieth century novels, Mikhail Bulgakov's "Master and Margarita". Behemoth, the Devil's attendant cat (whom the Devil finds impossible to control - a familiar idea to all cat-slaves), casually removes people's heads during a performance on the Moscow stage.

There are two novels that can explain the modern world adequately. One is "Master and Margarita" and the other is Dostoyevsky's "The Possessed" or, as it is sometimes known, "The Devils".
Posted by Helen at 19:37