Just in case you have not seen this 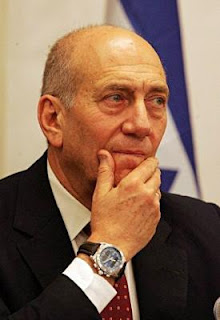 Israel has declared a ten-day cease fire in Gaza with Prime Minister Olmert (pictured) proclaiming Operation Cast Lead a victory. All Israel's objectives have been achieved, he added, though the IDF will stay in Gaza to prevent a resumption of the rocket attacks.

Hamas has already announced that it will not honour the cease-fire but then when did they honour those they had actually signed?

"Its leaders are in hiding," Olmert said of Hamas. "Many of its members have been killed. The factories in which its missiles were manufactured have been destroyed. The smuggling routes, through dozens of tunnels, have been bombed. The Hamas's capabilities for conveying weapons within the Gaza Strip have been damaged."

Many things will have to be sorted out. Has Hamas's capabilities been really eroded? How soon will they be able to rebuild them with the help of the inevitable foreign aid, especially from the UN and the EU? Will the Israelis come to an agreement with Egypt and manage to stop the smuggling of arms? Or will the whole process start again in the near future?