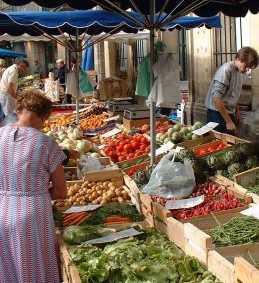 France has broken the EU's state aid rules by paying more than €330 million to its fruit and vegetable sector over 10 years, helping various producer organisations to rig market prices and increase farmers' income.

The EU commission has been investigating this since 2005 and has now concluded that the aid in question "cannot benefit from an exemption ... and that they are incompatible with the common market." France, therefore, should "proceed to recover the money."

France paid the cash between 1992 and 2002 to ease a glut of fruit and vegetables on the domestic market by supporting prices, paying for temporary stocking, funding product destruction and giving aid for processing.

And, when France, as always, tells the EU commission to go and play with its marrows, what then?