A study in useless 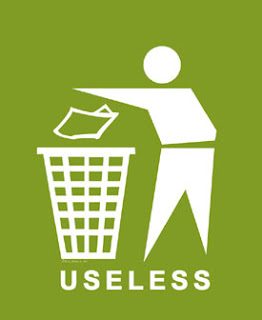 Reuters has been busy on the carbon emissions front, retailing another delightful story which should bring tears – of laughter – as it confronts the total ineptitude of the EU's grandiose plans to save the planet.

European factories, the agency tells us, "are cashing in on an unexpected benefit from wilting output, selling surplus carbon emissions permits worth about €1 billion to raise funds on the carbon market."

What has happened is that the recession in Europe has dragged down industrial output so fast that it has dropped well below the EU’s calculated level of activity – and therefore CO2 production, leaving many firms with a massive surplus of permits. Particularly flush are steel and cement makers.

Thus, in a canny but entirely unpredicted (by the EU) wheeze, these firms are selling off their surplus credits, and making a tidy euro into the bargain. In so doing, they are depressing the price of “carbon” and completely defeating the whole object of the EU's scheme.

"This was not designed as a scheme to give corporates cheap short-term funding options in the face of a credit crunch meltdown where banks are not lending," said Mark Lewis, Deutsche Bank carbon analyst. "But that appears to be what's happening."

What was supposed to happen what the number of credits issues was supposed to be less than actually needed, driving up the price and thus forcing companies to look for alternative technologies and strategies, in order to reduce the burden of paying for "carbon". The carbon prices now, says Reuters, could collapse, dropping as low as €5 per ton, from a peak of €31 last summer.

Like everything else the EU touches in the real world, this has thus turned out to be disaster. Nothing the EU ever does actually works, and the sooner this is realised, the better. But, at least the low price should stuff Brown nicely, and save us all a load of money.

The other joy is that those who have invested in carbon credits have been well and truly burned. The credits are one of the worst investments so far in 2009, falling more than almost any other energy commodity or index of global stocks.

There is a God in heaven.