How lucky we are 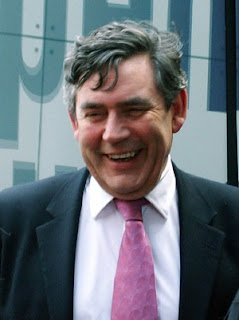 Even when it was agreed, way back, Gordon with his Treasury hat on was niggling about the details, a sum of about £90 million which he reckoned should come off the annual £1 billion which Tony had given away.

This is because the deal also included lump-sum refunds to four other countries which pay considerably more into the EU budget than they get out - Austria, Germany, the Netherlands and Sweden.

Gordon argued that the UK should get a rebate on its contributions to those refunds, as well as to the rest of the EU budget, and there has been a dispute ever since last June as to whether he should get the money

Anyhow, according to the BBC website, the EU still believes in “give and take” – we give and it takes. Gordon has given up the claim and the money will be paid into the EU coffers.

With the sudden cave-in, dark rumours are circulating that the promise to pay was in some way linked to a French agreement to VAT changes to reduce fraud, the so-called reverse charge scheme. The rumours have been vehemently denied by EU officials, which means they are almost certainly true – that is certainly the view of the Treasury.

So there it goes – in order to implement much-needed changes to the EU’s VAT system to aid the battle against fraud which since 1990 is estimated to have cost the Exchequer at least £20bn, we have to hand over another £90 million a year. The ridiculous thing is that the VAT changes were all supposed to have been agreed in December last.

Nevertheless, aren't we lucky we belong to this magnificent organisation. If they didn't keep taking all this money off us, we might be tempted to spend it on defence - and that would never do.