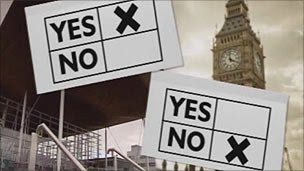 The Daily Mirror squawks with righteous indignation today as it retails how the top official who presided over immigration "chaos" pocketed about £1million. Lin Homer earned £200,000 a year as UK Border Agency chief before moving to another high-paid civil service job after five years. She received bonuses of up to £15,000, despite criticism of immigration controls.

Keith Vaz, chairman of the Home Affairs committee which reported on the issue yesterday, was less than happy with this state of affairs, remarking: "The minister said the immigration system has been in chaos for years. Yet the person in charge was paid more than the Prime Minister and has been promoted. It is rewarding failure rather than success".

Put that together with the story of the egregious Cynthia Bower, chief executive of the Care Quality Commission – on an identical salary, add a few more stories from diverse sources and it is very easy to make a case that government expenditure is not only excessive, but out of control.

At the moment, though, it matters not what we think. Time and time again, government, with a level of insouciance that beggars description, simply ploughs ahead with spending that could not under any circumstances attract popular approval.

Given the opportunity to vote against this expenditure in an annual referendum on the budget, it is arguable that the people would do so. But Purple Scorpion argues that they would not, thereby injecting a welcome contrarian note into the Referism, putting independent political blogs at the forefront of the constitutional debate, as the dodo politicians struggle to find a voice.

As to the annual referendum on the budget, "That won't work", writes Purple Scorpion. "Voters aren't that interested, voters will be scared, how do they make clear which parts of the budget they like and which parts they don't? If they think they may lose the items of spending they like, they will probably vote for the budget".

Taking that first assertion, that "voters aren't that interested", one can only agree that this is certainly the case, currently. After the torrent of media coverage of the budget statement by the chancellor, there is next to no interest in the subsequent debates and votes in parliament, when the budget is finally approved. 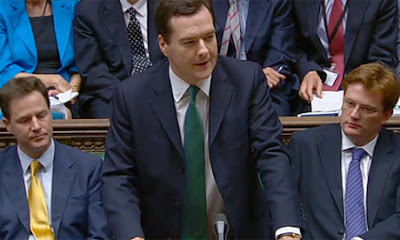 But, imagine the case when the budget speech then sets the countdown to a referendum, when the public are going to vote on whether they approve it. Could anyone confidently assert that there would not be massive media interest? Would not the airwaves and the newspapers be full of pundits, pressure groups, politicians and others, all arguing the case for and against the budget? Would it then be the case that the voters would not be interested?

Those voters, however, says Purple Scorpion "will be scared", which is an interesting assertion. Why should they be scared if they are not interested? If you are scared, you are most certainly interested. Assuming that voters are scared, though, one has to ask whether that is a bad thing. For once, the voters will be paying attention to how much money is to be taken from them, and how much is to be spent. I will venture, though, that the politicians and their rent-seeking civil servants will be more scared.

Then, we have the problem of how they make clear which parts of the budget they like and which parts they don't. One has to say here that it is inconceivable that there will not be multiple opinion polls, exit polls and post mortem discussions on the vote. I would confidently expect the issues to be well-rehearsed and well understood.

However, while there is a possibility that voters could be asked to vote for each component of the budget – which I would not favour – there is also an option for the voting slip to include a questionnaire, asking voters for yes-no answers on whether each element of the budget is approved. This would give more than adequate information on sentiment.

We then have to confront the issue that, if voters think they may lose the items of spending they like, they will probably vote for the budget. And that is fair enough. Why is that a problem? Voters will have to form a balanced view. There will be elements they like, and elements they dislike. As with voting for politicians, they may hold their noses and vote for something less than wholeheartedly, or they may reject what they see.

Here, though, I have already stressed that the vote is not sudden death. One would expect the referendum to be held early in the year preceding the financial year in which to takes effect. Thus, if it is rejected, then there is time for a revised budget and another vote.

Purple Scorpion notes my comments that, if the electorate then refuse the budget, then we have a full-blown political crisis. "What fun!", I remark, suggesting that a government could then decide to resign and trigger a general election. They might indeed be forced to do so, thereby giving the people the effective power of a mid-term vote of confidence. Would people then not be interested?

What we see, therefore, is a situation where the people are back in the driving seat. Confronted with the requirement to seek popular approval for their budgets, one can see governments first avoiding highly contentious spending – and taxes – which might put a budget and thence the government at risk.

One would then see government taking great pains to explain their spending plans, far more than they do at the moment, and we could expect a major public debate on taxation and spending each year.

As to the underlying objective of Referism, to change the relationship between the government and the people, Purple Scorpion argues that the annual budget referendum will not achieve that. But that argument defies reality. At the moment, the government tells us what it intends to spend, and how much tax it intends to take from us. We do not have a vote.

With an annual referendum, the government has to ask us – and we have the power to say "no". What's there not to like?