A threat to our security 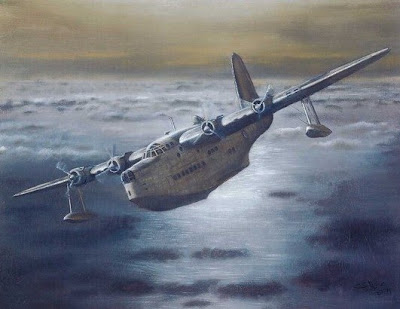 If Carlsberg did a defence blog, this would be it ... currently narrating the latest in the tale of the Nimrod MR4, and how the slow, greasy Fox is lying through his rotting teeth. As one of his commenter puts it: "Here we have prima facia evidence that the biggest threat to the security of this country is our own Government and the MoD".

In my opening epigram in Ministry of Defeat, I use the apocryphal tale of the officer walking down Whitehall and asking for directions to the MoD. He knows roughly where it is, so when he hails a passer-by, he simply asks: "Which side is the Ministry of Defence on?" The reply comes: "Ours, I hope".

In the book, I remark that, in southern Iraq in 2003, that hope was not fulfilled. But it would have been surprising is it was ... or ever was. We win wars and defend our territories in spite of, and not because of, the politico-military establishment represented by the MoD.

But it is not so much that they are on the "other" side, as their own. This sub-set of the wider "establishment" is primarily on its own side ... its primary concern being Selznik's famous beast, "self maintenance". And, as the Friedmans once observed, you would be foolish to expect anything else.

But we see that reality, naked in tooth and claw when another commenter observes that, "if every word spoken about Nimrod by the government was complete horse crap, then so what?" At worst for the government, he says, this (the Nimrod debacle) would end up as a ten minute segment on Newsnight. He concludes: "The general public doesn't care, and has been largely unaware of Nimrod in any form - no electoral damage, no problem".

Therein lies our problem. The ideal constitutional settlement would comprise a system where the institutional self-maintenance needs of the government would coincide with those of its electorate. Thus, in order to survive, it would have to respond its needs. Where – as is the case, so aptly pointed out by Wittering for Witney – there is a divergence, the needs (and concerns) of the electorate must be ignored.

The Nimrod saga illustrates this in spades. In the days to come therefore, perhaps whimsically, the Nimrod MR4 might become a symbol of the UK resistance movement, the one that is taking its first, faltering steps towards emergence.

It will have to join the queue though. I have in my possession a tie, embroidered on which is the silhouette of a Sunderland – another maritime surveillance aircraft (pictured). Representing the home town of the Metric Martyrs, wearing that tie is a small, subtle gesture of defiance. And that is where the road to freedom starts – one small step ...