What is and will be 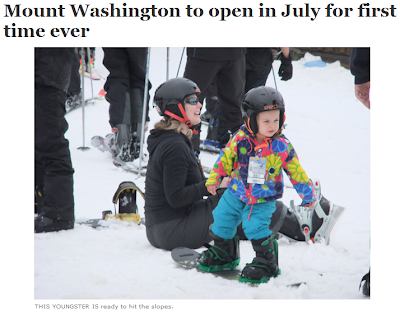 One difference between climate realists and warmists is that the former deal with what is – as here, at the Mount Washington Alpine Resort which is still open for skiers and snowboarders this weekend. This winter, the resort received more than 60 feet of snow — the deepest in resort history — and it claimed the deepest snow pack in Canada before opening day in December.

With so much snow still on the hill, the mountain will be opening in early July, the same time as it opens for summer operations with its Mile High Chairlift rides. What is becoming Mount Washington's longest-running season was a record-breaking one. 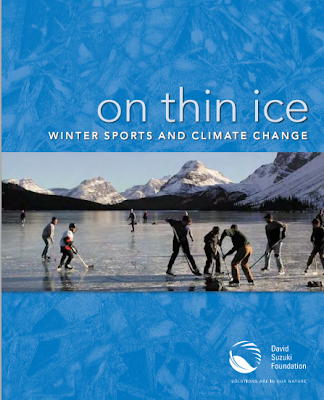 As for what will be, locally there is the Vancouver-based David Suzuki Foundation, which is asking, "What would it mean to Canada if we could no longer play outdoor hockey for most of the winter? Or if opportunities to ski and snowboard were to diminish across Canada?" It then declares: "And it could be the harsh reality for Canada's winter sports culture if we don't take international action to reduce global warming".

Thus, point to Mount Washington in the here and now, and the warmists such as David Suzuki will point you to some unspecified period in the future, when all their predictions will come true, if you don't take enormously expensive action now.

They do have a slight problem in that their recommendations to avoid their future demonstrably could not have the effect they claim, even if their predictions were sound – the warmist creed is absurd, and obviously so.  But it does not make any difference.  These are religious beliefs here. They have nothing to do with reality and you can't destroy them with reality.

So why is it that the creed holds sway in the highest offices of so many nations, and grips the minds of the most prestigious scientific establishments of the world? Well, the answer is in that one word, "prestigious". The warmists have cultivated "prestige ".

A picture and story by journalist Lindsay Chung of the Comox Valley Record doesn't cut it. A glossy brochure and this sort of guff from David Suzuki has "prestige" and wins the day. As Gustav le Bon noted, whatever has been a ruling power in the world, whether it be ideas or men, has in the main enforced its authority by means of that irresistible force expressed by the word "prestige".

Prestige underpins power in all walks of life, we are not going to prevail until we recognise this, accept that it is the most fundamental issue in our fight against the orthodoxy, and start learning how to deal with it.