A nosedive of morale 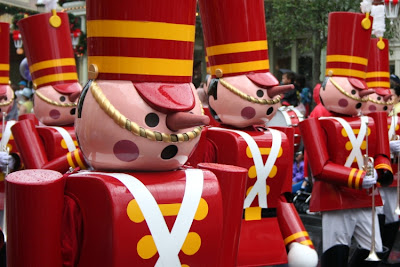 Cameron's drive to reduce the size of the Armed Forces, even to the extent that he is forcing Service chiefs to call for redundancies, is undoubtedly marking the final stages in the decline of the UK as a political power. It would be a fool, however, who did not expect this to have a knock-on effect within the Services, so the news from Thomas Harding that morale is at "rock bottom" comes as absolutely no surprise.

He tells us that this, together with concerns that the Army is in a "permanent state of decline" has led to twice as many people applying for redundancy as expected. They include several future battalion leaders and two officers singled out as potential generals. Six brigadiers have volunteered for redundancy and 48 majors, with an average of 16 years experience each, have asked to go.

The important thing here though is that we are not just talking about the over-paid and over-privileged officer corps throwing a hissy fit. The Army is expected to lose a substantial number of senior NCOs, and has also been inundated with applications from corporals, sergeants and staff sergeants.

This we picked up independently, a little time ago, when we learned that the trigger for departure was a tour in Afghanistan. Once they had experience the shambles, hardship and danger of that theatre – with no obvious reason why they should – few are willing to repeat it. Now, so desperately short of junior NCOs are some units that soldiers only a few months out of training are being promoted.

Whatever the MoD and government propaganda might proclaim, we are fully aware that the official accounts are biased and incomplete, on top of which the Army is haunted by its institutional memory of failure in Iraq.

Cynicism has thus become a dominant sentiment and there is a massive sense of the futility of the Afghan operation, Furthermore, the failure of the Army to come to terms with its experience in that theatre has carried over into Afghanistan.

We are thus seeing an institution which has lost faith in itself, the result being dangerous haemorrhage, ending up with the ranks populated by children, as the older, more seasoned troops leave, commanded by a higher proportion of the inexperienced, the incompetent and disillusioned.

Military historians will undoubtedly be able to tell us things have been worse – and the inter-war period when disarmament was the vogue, must have been pretty dispiriting. Nevertheless, when the Army chiefs asks for 25 colonels to volunteer for redundancy and receives 52 applications, it must be agreed that the situation is dire.

One wonders, though, whether in the short to medium term the situation it recoverable, and whether indeed there is any serious political will to make any improvements. One cannot help but feel that the people masquerading as our leaders are content with the way things are developing, and will be most happy when our Army looks like the picture above.