The tyranny of "science" 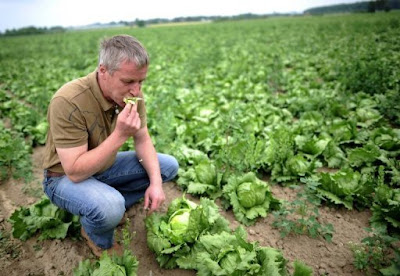 After it having run its course for several weeks now, the German authorities seem to be cautiously optimistic that the worst of the E. Coli epidemic is over.

This is what one might expect. For highly complex but entirely logical reasons, the course of any epidemic follows what is known as the "bell-shaped curve" distribution. One therefore sees, in the early stages, an exponential increase, followed by a tapering off of reported cases and then a decline which then intensifies. It seems we are edging into that so-called decline phase.

As reporting tends to increase during the course of an epidemic – with diagnosis tending also to improve, picking up hitherto undetected cases, together with false positives - the curve is very often distorted, especially in the exponential phase, which can make it very difficult to read. And this is especially so when you start getting secondaries.  Quite often, the epidemic looks to be intensifying when it is already on the wane.

With E. Coli, investigators have special problems – not least with an incubation period of up to ten days in a largely food-borne disease, where you are asking for good food consumption recall, over a long period, often from very ill and confused patients. Even in the best of circumstances, it is difficult to remember what you ate, past a few days, so the process can be fraught.

A bigger problem however, in my experience, is the constant and continued confusion over terminology, and the application of epidemiological techniques which are ill-advised and often flawed.

In the terminology department, we often see – as here – earnest discussion about tracing the "source" of an outbreak, when investigators (and the ignorant media) should be talking about the "focus". Since toxigenic E. coli is an enteric pathogen, and the bacterium is not normally capable of independent replication outside the gut, the source is going to be human or animal.

The cucumbers, lettuces, bean shoots and the other foods (wrongly - or not) implicated, are not the sources. They are the food vehicles. Nor are their production points the source of the outbreak (or epidemic). They are the "focus", where a contamination event has taken place.

A huge problem for the investigators is that epidemics on this scale are often (but not always), multi-vehicle and multi-focus, with the added problem that contamination episodes can be short-lived, leaving no evidence of their passing.

But investigators do not make their own lives easier by applying statistical epidemiological techniques, confounded by the confusions in terminology, which rely on the presumption of a single vehicle and/or source. Such techniques are incapable of picking up multi-vehicle outbreaks (as may occur from a contamination event in a mixed food environment), and thus lead investigators astray.

For these reasons, we find that significantly less than ten percent of food-borne disease outbreaks are ever identified as such (most wrongly being recorded as sporadic events). Of the small number that are identified, the vehicle is successfully identified in only a small fraction. The actual source is very rarely identified – possibly in less than one percent of outbreaks.

Much of this is a resource problem. It is simply too expensive to follow up most cases. But a lot of this is to do with faulty technique, lack of organisation, and the inexperience and/or incompetence of investigating officers. Crucially, though, there is also what I call the tyranny of the a priori hypothesis, espoused by a faction of evangelical statistical epidemiologists, who look down their noses at us "shoe-leather" epidemiologists, as being out of the Ark.

But it is this "tyranny", in my view, which is holding back public health, and why – again in my view – when we get outbreaks such as this, the authorities make such a mess of it. Largely, they end up adopting what I called the purple banana technique, and we end up none the wiser, leaving the original problems which led to the epidemic unchecked.

Epidemiology thus becomes a political event. Science flies out the window and the most active occupation is back-covering, usually in an attempt to cover-up the incompetence of the investigators. This is what I concluded from a five-year research project on the quality of food-borne disease investigation, gaining my PhD in the process.

But I concluded privately that the situation was never going to change. There were too many vested interests keen on maintaining the status quo. Then, as now, I needed to do something useful with my life, so I walked away. One never regrets. But one can occasionally lament that things did not turn out differently.