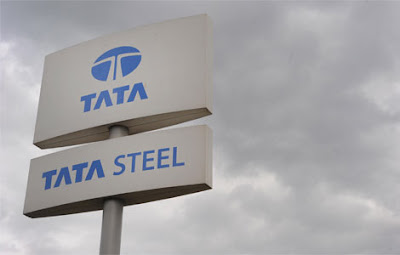 One thing that might almost make one want to switch sides to the warmistas is the stridency of Tata Steel, which is bitching about energy costs and the effects of inadequate policy-making.

This is a corporate of a particular kind, which means it has only one interest in life – making money, and it is not at all fussy how it does it. Nor is it particularly bothered about producing steel or any other product, if it can use its weight and total lack of ethics to turn a buck.

When it thus complains that producing steel in the UK may become uneconomical, therefore, that cannot be taken at face value. If it was heading that way, this international company would already be making plans to ship out. More likely, the company has not yet been able to rig the regulatory system to its complete satisfaction, or it senses weakness on the part of the regulators, and thus sees a profit opportunity in screwing them down a bit more.

There is a sense of this in its most recent statement, calling for "European governments" to create incentives to help the steel industry reduce emissions instead of raising taxes. "Taxing energy-intensive industries on their emissions is neither business-friendly nor an effective solution", it says.

The company then goes on to say that "The steel industry in Europe is already investing in the expensive and time-consuming process of developing breakthrough technologies, without which the best environmental performers here cannot significantly reduce their emissions further".

The company is not arguing against the stupidity of "low carbon" technologies which are unnecessarily jacking up costs. This it could do to some effect simply by threatening to walk away. It is quite happy to work in a a high cost environment, as long as it can milk the system for tax funding in order to maintain the optimum level of profitability.

This, then, is special pleading – the corporate seeking to pad its own balance sheet at the expense of the taxpayer. The company has bought into the global warming miasma, and is a willing cheerleader - but it now wants someone else, i.e., British taxpayers - to bear the costs. The only honest response would have us saying "ta ta Tata". Check your wallets.