The wheels groan on my wagon 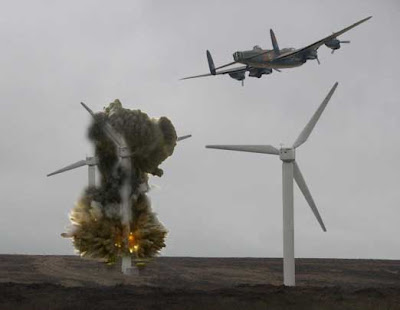 "Why vote blue, go green doesn't sound quite so clever any more", is the headline under which the Great Charles Moore writes in the Failygraph today, telling us, "It is time for Britain to walk away from its ridiculously stringent renewable energy plan". I do love the smell of a bandwagon in the morning ... and it is so good to see the great and the good catching up, at last.

But the truth is, it never did sound clever to "vote blue, go green", and it was five years ago that we should have been talking about walking away from the ridiculously stringent renewable energy plan, instead of sucking up to the "green tosser", as so many, so aptly, call the Boy Cameron.

Still, I suppose it's better late than never – and this is what it needs to get the political worm turning. But permit me a wry smile, as the latest Johnny-come-lately comes piling onto the bandwagon. You can already hear the wheels groaning under the unaccustomed weight.

Perhaps, though, the writing is on the wall, as Rosehall residents in Sutherland have had enough of the industrialisation of their neighbourhood and have prevailed on the Highland Council to shut down the 23-turbine farm owned by Scottish and Southern Electricity – on noise grounds. The real noise is beginning to achieve what the "big noises" can only dream of.