The perils of the eurozone 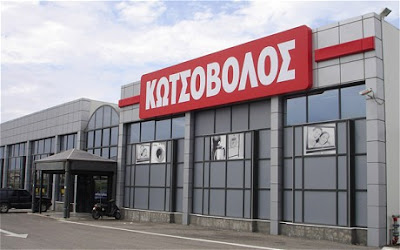 The wry smile is in action again today, at the news of the electrical retailer Dixons posting a £239 million loss after taking a major "hit" from its Kotsovolos retailing operation in Greece, and the closure of its businesses in Spain.

The Kotsovolos losses are particularly interesting and the company was only acquired in 2004 at a final price of acquisition at £61.6m. And now it is taking a £53.2 million "goodwill impairment charge" with profits hit by a market decline of around 25 percent caused by the "gloomy economy".

The Spanish experience has been just as salutary, as the group ceased trading earlier this year, pulling the plug on 34 PC City shops and the web shop PIXmania, all employing just over 1360 people. On top of the £53.2 million Greek loss, the closure of PC City cost £70.6 million and PIXmania£106.3 million.

What makes this all rather ironic – and hence the wry smile – is that back in 1998, the then chairman of Dixons, Stanley Kalms, was a leading light in Business for Sterling, fronting the campaign to keep Britain out of the euro. Perhaps also, had he spent as much energy keeping his business out of the eurozone, it might have done rather better than it is doing.