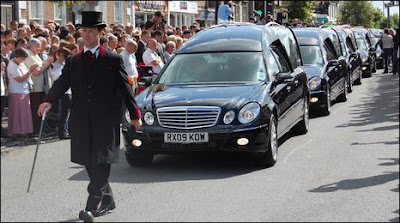 A splendidly indignant Peter Hitchens is fulminating about "Dave" doing the talking (telling the military to shut up and do the fighting), while the war dead from Afghanistan are to be sneaked out of the back gate of RAF Brize Norton when it takes over from Lyneham (a few weeks from now) as the arrival point for the fallen.

They will then be routed down side roads to avoid nearby Carterton – a town almost exactly the same size as Wootton Bassett – and make their way to the John Radcliffe Hospital in Oxford along A-roads and bypasses. There'll be a small guard of honour near the hospital entrance (there already is) but somehow or other the cortege won't go down any High Streets, thus avoiding what has become a media circus. 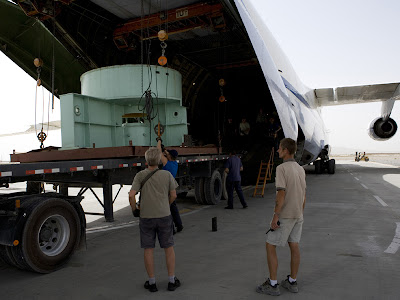 All of this, however, has to be viewed in the context of the complete and utter failure of the Afghanistan campaign, typified by the experience of the Kajaki power project, as narrated by the BBC's Mark Urban on yesterday's Newsnight, and repeated today in a BBC documentary.

He refers to a series of the heroic adventures, starting in 2007 and culminating in August 2008 with thousands of British troops taking part in an operation to escort a 200-ton turbine to the Kajaki Dam on the Helmand River, 100 miles north-west of Kandahar City. 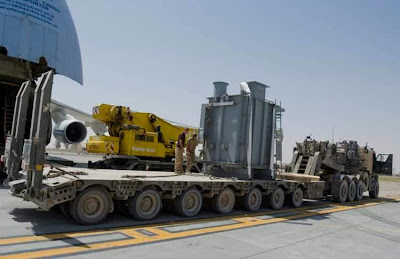 The aim was to improve the hydro-electric scheme there, adding a turbine to the two already installed. This was part of a project that has so far cost more than £29 million, and was (and still is) regarded as an essential part of the hearts and minds campaign in the region.

But, three years after so much blood and treasure has been expended (albeit with the bulk of the cash being shelled out by the Americans), the third turbine lies unassembled – the parts littered about the weed-strewn site, exactly where they were left by the British military. 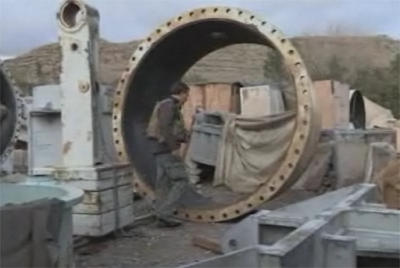 What makes this so desperately sad is that even the slightest knowledge of the history of the area would confirm that the project was never going to achieve its desired aim, even if it had been technically successful.

Not least of the problems was – as Booker recorded in September 2009 - that the power lines and sub-stations which feed the electricity to several towns were controlled by the Taliban, who charged money to customers for allowing the juice to reach them.

So obvious, in fact, were the defects of the scheme that a year before, in September 2008, The Guardian, while acknowledging the "brilliant courage and ingenuity" of the British, dismissed it as a "glorious but dangerous folly". 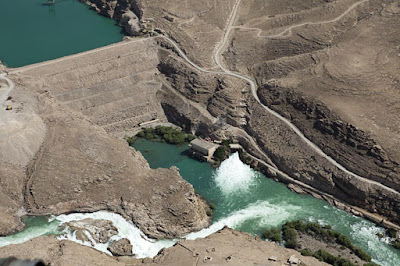 The Kajaki, it said, has been a 90-metre-high, rock-filled demonstration of foreign good intentions for decades but has never delivered the promised benefits to Afghanistan - a political showpiece and always has been since it was built (but not fully completed) in the 1950s by the US to compete with Soviet projects elsewhere in the country.

Such was the delusional attachment to the scheme, however, that this brought a pained rebuttal from then defence secretary Des Browne. The project was not merely a symbol, he declared. "If it were only that, we would never have sent our people on such a risky mission".

Thus, sense and analytical judgement had been submerged in tales of derring-do, marking the self-declared "successful mission". Typical of the period, we got Lieutenant Colonel Rufus McNeil, Comanding Officer 13 Air Assault Regiment, Royal Logistic Corps, declaring of those that had run the hazardous convoy, "Every one of the soldiers did fantastically well." 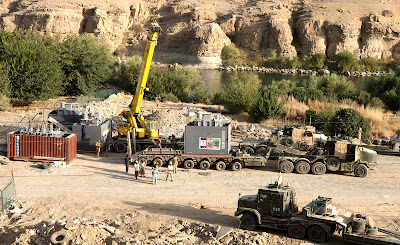 Well, indeed they did, but it was still a complete waste of time, money, effort – and lives. By December 2009, The Guardian was back on the case with a report headed: "Taliban stalls key hydroelectric turbine project in Afghanistan". The strap read: "Convoy diverted British troops from front but generator may never be used".

The enormous hydroelectric turbine dragged at huge cost by British troops through Taliban heartlands last year, said the paper, may never be installed because NATO has been unable to secure a 30-mile stretch of road leading to an isolated dam in northern Helmand. 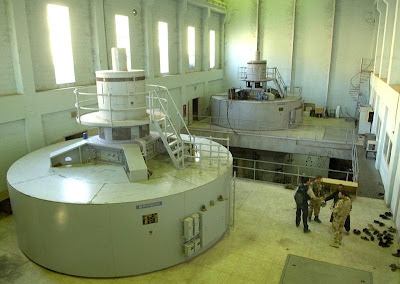 To install the turbine needed, amongst other things, 900 tons of cement for new foundations, but security had deteriorated to such an extent that British troops were having to be resupplied by air drop and helicopters. Even the BBC reported the problems.

Now, with additional US troops in the region – but for a short time only – USAid, which is managing the project, remains convinced that the project is worthwhile. US aid officials are now claiming that turbine could be installed in 24 to 30 months.

This is so much moonshine. No more now than in 2003 when then current project was first mooted, is this a feasible project. It remains, as always, a testament to the vain, unrealisable hopes of the coalition forces that they can bring peace and stability to Afghanistan.

Returning to Hitchens and his indignation, one recalls an episode during the London Blitz in 1940, when a cash-strapped council in the East End, finding rather fewer houses on its patch requiring collections, redeployed some of its dustcarts – cleaned out and painted a tasteful black – as hearses to collect the war dead.

Given the quite obvious disdain in which Dave holds the military, and the utter futility of the war in Afghanistan, where lives are being thrown away for absolutely no purpose – to say nothing of our hard-earned cash – he might consider following the example of the East End council. 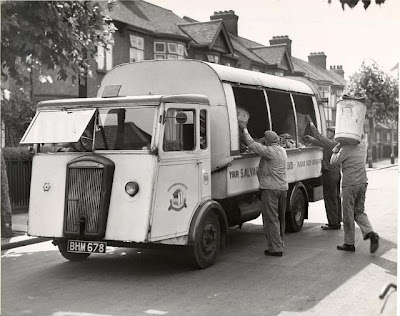 Thus, for as long as Dave and his cronies continue to throw away lives for no purpose, he might as well do the honest thing and hire in a dustcart, instead of wasting money on expensive hearses that the public now will not be seeing. The symbolism would be entirely appropriate and serve merely to underline what our masters are doing with our money and soldiers' lives out in Afghanistan.