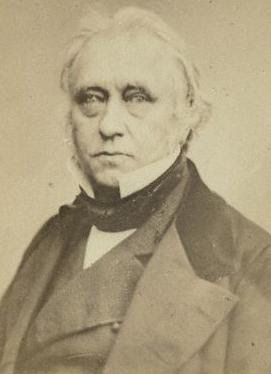 As the great debate continues, it is still – predictably – confined to the blogosphere and the web, the latest Google search on "referism" offering 6,750 results from the web and 3,290 results from the blogs. As always, a search in the MSM gives us: "did not match any documents".

Thus, it is the bloggers making the running in an important constitutional debate, leaving the MSM to pursue their tat and trivia. We do not need the MSM to set our agenda for us, and we see more examples of that with Subrosa and The Purple Scorpion discussing "citizens' initiatives". There is also a beautifully acerbic piece from Witterings on "bubble crap".

But, amongst the latest bloggers discussing Referism is Steve Higham of the Distributed Memory blog. Unfortunately, his is a clever-dickie (i.e., sneering) reference to "the quaint notion that a yearly budget referendum would do anything to check the ruling class".

Nevertheless, in discussing the issue, he puts his finger on an important problem, citing – without identifying the source - the great Lord Thomas Macaulay, and his dictum: "A democracy cannot survive as a permanent form of government. It can last only until its citizens discover that they can vote themselves largesse from the public treasury". More recently, democracy has been referred to as "two wolves and a sheep voting on what to have for dinner".

When it comes to a referendum on the budget, if you add together the public sector, the private sector that relies on the public sector for its income (consultants, defence contractors, etc.,) and then add pensioners and diverse benefit recipients, you pretty much have a majority in favour of public spending. Add the status quo effect - plus the unwillingness of people to rock the boat - and you are fairly well assured that a popular vote under the current system will never reject a budget. The vote must be weighted.

It is this concept, though, which is causing a lot of grief, as there is almost a religious attachment to the idea of one man, one vote (and the women). Few would believe that the experiment of universal suffrage in the UK is less than 100 years old, with no evidence that it has yet (or at all) brought us better government.

Reference has been made to the Prussian three-class franchise, and Nevil Shute's idea of the multiple vote, in his book In the wet. Shute saw it as a necessary reform of democracy and, in his scheme, a person could have up to seven votes. Everyone gets a basic vote. Other votes can be earned for education (including a commission in the armed forces), earning one's living overseas for two years, raising two children to the age of 14 without divorcing, being an official of a Christian church, or having a high earned income. The seventh vote is only given at the Queen's discretion by Royal Charter.

Playing around with this idea, I have been thinking in terms of potentially ten votes per person. One as standard, and then one extra vote for a married person; another for two or more children born within wedlock. Married men or women with two children each could have three votes each.

Anyone in paid employment, paying income tax, gets another vote (amount not specified - as long as the tax is paid). That makes four votes. The owner of an actively trading business, that has submitted accounts for at least two years and has paid tax for those two years, also gets another vote (the amount of tax is not a factor). The owner of a business or a natural person who employs two or more people (not directly related - spouse, siblings, children or parents) gets another vote. That gives the potential for six votes.

I think also, successful completion of a course of higher or further education (at least two years with the attainment of a recognised qualification) should permit another vote. Thus, HND or a degree would be an earner ... but also professional qualifications count. That gives seven votes.

A person who has undertaken continuous, unpaid voluntary service, at a defined level (say scout or guide leader, unpaid manager of a charity shop, special constable, magistrate), for a defined period (say two years) gets another vote. That is potentially eight. I am persuaded that a military vote would not be a good idea, but there could be a "special merit" award, akin to an OBE/MBE award. And then there could be an age award. Anyone over 40 gets another vote - lost on retirement.

Now, this is playing around with ideas. It is not a definitive proposal. But ideas we must have, and some will be both challenging and initially unpopular. But here, we have an interesting piece in Witterings, and an excellent comment from Edward Spalton.

He is just reading Alexander Hamilton's Federalist papers. Says Spalton, Hamilton was writing to persuade the citizens of New York state to sign up to the new US constitution. There were people in newly independent America who thought that the individual states could go their own ways and others who thought they might form three or more separate countries between them.

Spalton also tells us that Hamilton urges Union upon them to replace the looser arrangement which grew out of the War of Independence. He cites the obvious advantages to the people of Britain being one country and so better able to defend their interests.

He (Hamilton) also makes a point that local democracy can become exceedingly tyrannical and overbearing. Restrained within a larger framework, "republican" as opposed to "democratic" institutions would moderate this tendency to tyranny. He assumed, of course, that political parties would be composed of people with real interests in the real economy, not just groups living off the taxpayer.

To draw a parallel - a lynch mob is a democratic institution which proceeds by majority. A jury is a "republican" institution which requires unanimity and is restrained by superior authority. One of Hamilton's near contemporaries, John Adams, cautioned his countrymen against "too democratical" a constitution "Else we will but have exchanged King George for King Numbers".

"King Numbers" brought us the Cleggerons. We can do better. We need to do better.