They can't cope with it 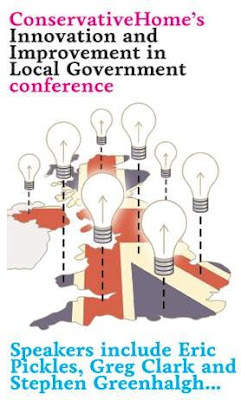 With the proposed increase in the EU budget very much in evidence, it is interesting to see the typical Tory tribalist response. Instead of accepting that this is classic EU territory, endorsed by that nice Mr Scumeron, we have Tim Montgomerie trying to paint this in party political colours, claiming that "because the last Labour government signed away our veto on budgetary matters, it's possible we won't be able to stop all of the increase".

Well, that goes back to the Nice Treaty, adopted in December 2000, but it is part of the main EU treaty - namely Article 314 - that the Conservatives have now adopted. No Parliament can bind another, we are told, so if the Tories don't like it, they can always change it. If they haven't sought to do that, there is no point in blaming Labour.

But it has got so bad now that the Tories can't even survive without telling themselves little boogy tales to boost their morale. They simply can't cope with the idea that, when it comes to promoting the march of European political integration, the Conservatives are in the premier league. It was Ted Heath, a Tory (theoretically), who took us in (after the ground-breaking by Macmillan), it was the darling Thatcher who led the "yes" campaign for the Tories in the 1975 referendum, and it was she that agreed the Single European Act.

Then, of course, it was little Johnny Major, Thatcher's protégé, who negotiated the Maastricht Treaty (aka Treaty of the European Union) – and wrecked the Conservative Party getting it through the Commons. Now the heir to Heath, the fabulous Mr Scumeron, refuses us a referendum on the Lisbon treaty and gives us AV instead. But the little Tory tribalists ignore all that. When they get things they don't like, they blame Labour.

Hilariously, as The Boiling Frog points out, the Tory Home piece is accompanied by a splat showing light bulbs (pictured) presumably to demonstrate "bright ideas" in a forthcoming Tory conference. However they look suspiciously like the traditional incandescent light bulbs, which are banned by ... the EU. The irony appears to be lost on them, says TBF.