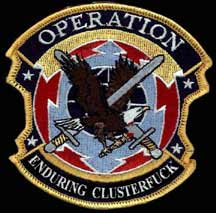 We wanted a referendum on the Lisbon Treaty. Instead, they gave us a referendum on AV – an obsession of a small cadre of the political classes, mainly the Lib-Dims. Then The Independent tells us there is "apathy and anger" and that both camps are having to "struggle to convince voters of importance of 5 May poll".

Well, there is certainly anger – but there is no apathy. Both camps are struggling because the poll is not important. Just because the political classes - still less the media - think it is important does not make it so.

That is something the political classes seem to have difficulty understanding. If they address issues of importance and interest to us, we take an interest in them. But as long as they devote themselves to their own concerns and ignore ours, then the electorate is only too willing to reciprocate. But it should not be called apathy. This is indifference, which is not the same thing.

Further, when you cross-link issues – which the politicians hate you doing - and you see the pig's ear they are making of things, they should count themselves fortunate that it is just indifference they are having to confront.

Unfortunately, they are bolstered by the media, which is setting an agenda which daily becomes more bizarre and distant from the real world. Even the doyen of critical comment doesn't really get it. In an incredibly limp piece, Simon Heffer wants Cameron to "take the lead" in demanding that discussions for the future (of the EU) be conducted on a basis of what it is, rather than on what the eurocrats would like things to be.

If that is the best contribution he can make to the debate, he need not have bothered – as some of his commenters have been quick to point out. But then, none of these political commentators can really cut it. They have yet to understand that they are also part of the problem, and are never going to contribute to the solution.

For the moment, though, they will still find humour and derision, but it won't be that long before that evaporates and anger takes its place.