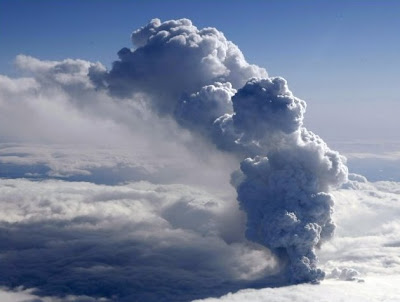 The classic claim from the brain dead and those who have absolutely no familiarity with the complexity of the current legislative code is that "ignorance of the law is no defence".

However, the state of the law, and especially much of that emanating from Brussels, is now such that it is almost impossible to work out what much of it actually means. And rather confirming that situation is a report from the Wall Street Journal which tells us that the EU Commission is under fire from the EU's own ombudsman for misreading its own law.

This occurred last spring when it gave "misleading information to air passengers" during the wholesale grounding of European flights, after the Icelandic volcano had reportedly filled the skies with ash.

European Ombudsman P. Nikiforos Diamandouros said yesterday that the commission not only published incorrect information about compensation for delayed luggage when EU member states closed roughly 80 percent of their airspace last April and May, but also took two weeks to correct the mistakes, despite being informed of them quickly.

This was "unacceptable", said the ombudsman's office, noting that this is the second time in five years the ombudsman has smacked the commission on the wrists for telling air-passengers they're entitled to more compensation from carriers than they are actually due under EU law.

But, in the manner of leaden bureaucracies everywhere, the commission makes its excuses, saying that it had "acted in a state of urgency" when publishing the incorrect information. It apologises for the delay in rectifying this, it says, then telling us that "The Commission has learned lessons" on how to move faster", in recently informing "EU citizens" of vital information.

And this is where these creatures do not even begin to understand how lame their excuses are, and the degree to which their platitudes incite the blackest of hatred. When we foul up, we get harassed, prosecuted, fined, lectured and sometimes imprisoned. Yet when these morons get it wrong – again and again – they get to tell us that they have "learned lessons", without a hair of their pensions being touched.

Why this is so offensive is not difficult to work out. It breaches one of the most fundamental principles of law, the one of equity - fairness if you like. One therefore yearns in these cases to give the commission a lesson it can never forget – one so brutal and permanent that its members are no longer capable of remembering, or anything else. And we like to think that it is only a matter of time before they get their just deserts.