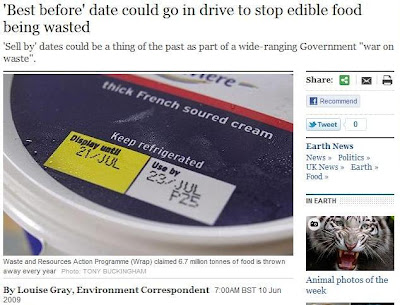 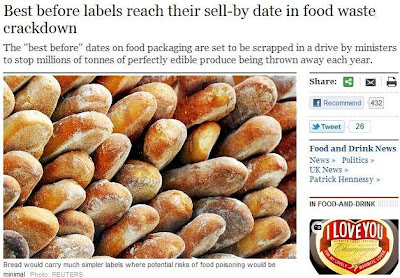 Well, there isn't one really - not a substantive difference. But the articles are two years apart. One is from the Baby Failygraph of 10 June 2009, while the other is from the Sunday Failygraph of yesterday. This, in a copycat piece, has been reproduced by The Daily Fail, which has recyled two-year-old statistics, without so much as a blush.

I don't why this sort of low-grade journalism upsets me so much, but it does. But what really gets to me is the gullibility of the reading public. As I wrote on the Failygraph website, I wish I had a pound for every time somebody told me the don't believe what they read in the newspapers - and then go on to demonstrate that they believe exactly what they are told.

So here we have a recycled story, that is completely wrong yet - to judge from a lot of comments ... especially the very early ones - a lot of people swallow the bait, hook line and sinker. At least, to give it what little credit is due, one is able to say that much on the comments. Not so The Daily Mail, which premoderates and then loses critical comment.

What particularly depresses me is that, after the last effort two years ago - when Lord Willoughby de Broke called the Government's bluff - you would have thought the media would have learned its lesson, and the public would be less gullible. It was not to be. And when we have neither media nor public which can recognise who are masters really are, we have a serious problem.

Helen takes the cudgels with the cry: "labelling is an EU competence!" One feels this is almost like crying: "Soylent Green is PEOPLE!" Would the media even be interested if the EU Commission ate babies?

So to the bigger problem is that I don't really know what the answer is, other than to underline that which is already obvious - that newspapers are part of the problem. If you want to be ill-informed, read a newspaper. But it is more than that - theirs is a betrayal of trust ... they purport to keep the Government in check, but they are just playing games. They are the babies - and the EU Commission has them for breakfast.

(And just a little note on yesterday's pic ... it shows unwrapped bread - which, of course, doesn't have any labelling.)