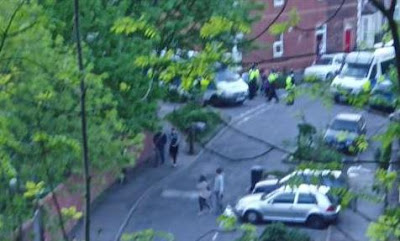 Police turned up to the Occasional Cinema event in Mina Road Park at about 6.30pm yesterday, with six vans, dogs, a police helicopter hovering overhead and set up a roadblock to stop a public screening of YouTube videos of last Thursday's riots.

Guests at the event said officers "explained" they were shutting the event down because it had been classed as a rave, despite the fact that such events in the past have always taken place peacefully with the organisers clearing up after them.

Are the police on a mission to spark a second riot? It very much seems as if they are.  The likelihood is that they haven't yet realised that they've done anything wrong.