Please tell me there's a "Plan B" 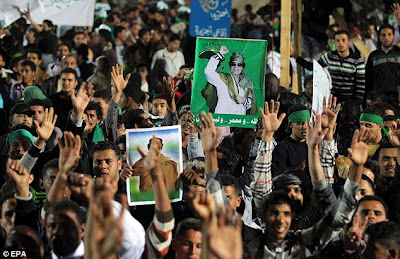 "Nato mission in disarray as criticisms mount", reports The Independent, telling us that Obama has admitted a "stalemate" on the ground, with France seeking fresh UN resolution, and little Dave trailing in the wake of TLOTK.

France and Britain are still bleating to the other "partners" in this ill-fated venture to provide additional warplanes. But, as always, they talk the talk, and then go AWOL. A meeting of member countries in Berlin yesterday broke up without any guarantee that new resources would be forthcoming.

Meanwhile, Gaddafi is still in power, still giving the rebels a hard time and still running rings round the coalition. This is so seriously embarrassing that even of they do eventually manage to get rid of the Libyan dictator – which is by no means a certainty – their reputations will never recover.