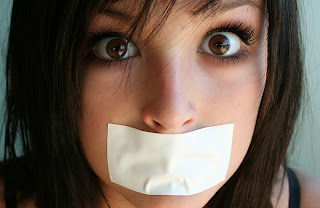 It could have something to do with this, but if Booker said so, he might end up in prison. As to what happened, he can only guess – on the basis of his detailed knowledge of what happened earlier – that the case ended in a way which, had he been able to report it, would have deeply shocked his readers. Had it gone otherwise, he would have been free to report it in detail.

Judicial gagging orders have been much publicised of late, adds Booker, thanks to the determined campaign being waged to expose what is wrong with them by John Hemming MP. But almost all the media attention has focused on the power of the courts to suppress reporting on the alleged sexual activities of footballers.

Less notice has been paid to the real purpose of Hemming's campaign: to expose the much worse scandal of the secrecy surrounding our family courts, and the horrible injustices too often inflicted on innocent parents who are treated like criminals without their voices being allowed to be heard.

It is this that Hemming wishes to see exposed to public view, even though the judges are attempting to gag even MPs, by prohibiting aggrieved constituents revealing details to them. This, of course, is a breach of parliamentary privilege, but one on which the Speaker is curiously reluctant to act.

Meanwhile, journalists like Booker are perilously close to being locked up, the terms of more recent orders even prohibiting him or anyone else even carrying out investigations to find out information which is subject to banning orders. However, there is nothing to stop us providing the judges with an important piece of information: we can knit.