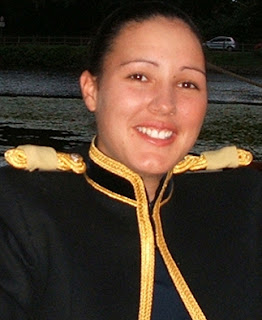 I thought I might get a little flak for my last piece on the murder of Captain Head. Lisa Head, it will be recalled, was engaged in disposing of an IED in an alleyway frequently used by Afghans and British troops. After rendering it safe, she was severely injured while dealing with a second bomb. After being evacuated to Queen Elizabeth NHS Hospital in Birmingham, she died.

There is a safe and effective way of doing what Lisa was doing, I suggested – more so when it appears that she might have been deliberately targeted. There is all sorts of different kit and different strategies that could be used, which do not put ATOs at risk. We should be using them. Anything else is not bravery. It's not clever, and it's certainly not anything to be proud about. It's suicide.

In response, to my piece, however, I got this e-mail:


Absolutely Goddamned F*****g Right. Thank you for saying it. Say it loud and say it often. These kids are seduced by gold braid and fantasy notions of what it means to be brave. It is the grooming and ultimate abuse of those too young to have figured out what is real and what is someone else's illusion. Often delusion.

What really does get up my nose though is the acreage of eulogies, finishing off with Secretary of State for Defence, this time Dr Liam Fox, who has his MoD civil servants copy and paste the following:


I was deeply saddened to learn of the death of Captain Lisa Head of 11 EOD Regiment RLC. She was mortally wounded while attempting to make safe an IED to protect her military colleagues and the local civilian population. We owe a great debt of gratitude for her bravery and her commitment in her professional role, and for the sacrifice she has made to defend our national security. I send my deepest condolences to Captain Head's family and loved-ones at this sad time.

This is cant, pure, unadulterated cant. And at PMQs next week, Scumeron will stand up and offer his condolences – and then move on to play his tawdry little word games. There is no need for these kids to die, especially our brightest and best. Scumeron and his chums could stop it, but they won't. Fox is too thick even to understand what is needed, and the military brass are too busy climbing up each-others' backsides even to care.