Oh! The genius of it all! 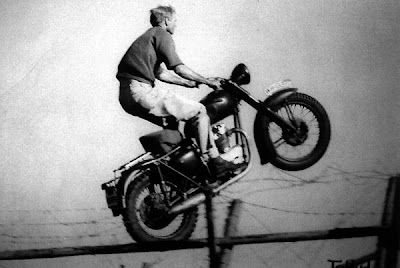 Just when you thought your admiration for the superb conduct of the military operation in Afghanistan could not get any higher, we learn that the coalition boys and goils are now heavily engaged in a massive new operation – to hunt down nearly 500 Taliban prisoners who have escaped from the main jail in Kandahar.

If we are to believe what we are told – always a bit dodgy, that – the prisoners dug a 1,000ft tunnel, taking five months to do it, and no one actually noticed. Nor did anyone notice anything amiss while the entire political wing of the prison emptied of inmates in an operation lasting four and a half hours, the escapees being ferried off to "secure destinations" by a fleet of cars the Taliban had organised – which no one noticed either.

With such military genius at the helm of coalition operations, it can only be a matter of time before our heroic boys and goils can pat themselves on their backs for a "job well done", jump on a passing Ryanair Jet (following the abolition of the RAF), and come toddling off home for a round of victory parades and street parties – as long as they've done the health 'n' safety training to manage the street closures.

With a bit of luck, they'll be home just in time to take over the prisons here, after the warders have gone on strike, hopefully with slightly better results – although the usual policy now is to open the doors and give the inmates welfare cheques, to save them the trouble of doing any honest digging.

In the meantime, we await news from the Swiss border, as guards have been instructed to be on the lookout for motorcycle riders acting in an unusual fashion.