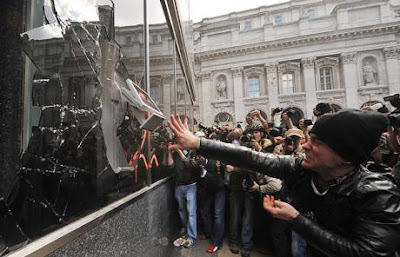 Royal Bank of Scotland boss Stephen Hester has seen his controversial £7.7 million pay package rubber-stamped by the Government as the bank insisted it had to pay staff "fairly". And I don't really give a damn. No-one is worth that amount of money, and especially if he is an employee of a bank that has been bailed out by the taxpayer and we are still paying £5 billion in interest charges for loans to keep his and other banks afloat.

This raiding of the public purse is a refined and sophisticated form of theft. The fact that it is legal makes not one whit of difference. It redefines public morals, and our relationship with state institutions. There is no moral obligation on us fund a state which is so reckless in its guardianship of public finances, or so careless about its approval of state-funded institutions which indulge in larceny.

This comes into sharper focus with a Public Accounts Committee report due today which reveals that the banks which benefited from taxpayer largesse failed to meet their commitments to providing lending to businesses, many of which have been struggling to survive in adverse trading conditions, when overdraft and other loans have been arbitrarily withdrawn. 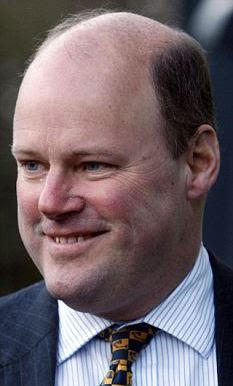 Lloyds and RBS fell £30 billion short of their government target, two banks which are still floating on taxpayer money to the tune of £512 billion, with RBS 84 percent and Lloyds 43 percent owned by the taxpayer. And yet, despite them reneging on these conditions, the Treasury have decided not to take sanctions, arguing that not taking any action outweighed the benefits of punishing them.

Somehow, one can imagine this argument getting short shrift in front of the magistrates, when one has to deal with the next round of state-inspired theft – usually occasioned by yellow-encased cameras left at the side of the road.

This all rather serves to underline the salient issue of the moment. Different rules apply to "them" and "us". Only "little people" are penalised and pay fines. The "toffs" and money men get rewarded and, when their enterprises go belly-up, the taxpayers are forced to bail them out. They get the profit - we are required to take the pain.

And while the world tut-tuts at overt criminal behaviour, such as smashing their taxpayer-financed windows (pictured), the banks' own criminal behaviour is dressed up in such technicalities that it is relegated to a footnote in an agency report. The obvious lesson is that, if you want to prosper as a criminal, join a bank.

The current criminal behaviour is now the subject of a civil suit, a conspiracy to manipulate Libor, the interbank benchmark used to set interest rates on hundreds of trillions of dollars of securities. Needless to say, both Lloyds and RBS are said to have benefited form the scam. But even if their larceny is confirmed, despite the best efforts of taxpayer-funded defence lawyers - there is not a single employee or manager who will suffer a penny loss of income. Sanctions are indeed for little people.

No wonder the likes of the overfed Simon Hester (pictured above right) can look so happily smug. It is "win-win" for him and his likes as they, quite literally, go laughing all the way to the bank. Another one for Madame Defarge, methinks.