And they expected any different? 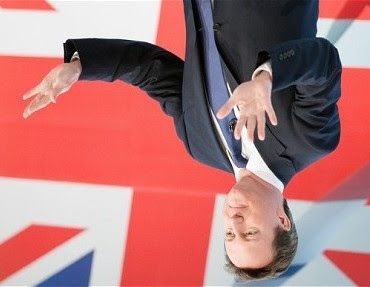 David Cameron's calls for EU spending restraint have been "dramatically snubbed" today, with the EU Commission proposing a 4.9 percent increase in the EU budget for next year. This is expected to cost to the British taxpayer about £680 million, on top of the £11.54 billion we currently pay, potentially bringing our annual EU membership fee well above £12 billion.

The EU, Bruno tells us has opted for "investing" in areas that contribute to economic growth and development. The EU budget is an anti-crisis package, says an unnamed official.

But, as we explained last year, there is very little The Boy can do about it. He can huff and he can puff, but he can't blow their increasingly expensive "house" down. The pressure is all in one direction and while he can tinker at the margins, he is not going to be able to contain the EU's ambitions.

Basically, he is going to be hung out to dry – except, of course, that we are having to pay the bills. We could tell our pretend prime minister that we've had enough of this, and we want out. But the man isn't listening and, even if he was, has not the slightest intention of doing anything about it.

All that leaves us to consider the only real option – to abandon the metaphors and do the thing for real. Above is a picture I prepared earlier, to give you the general idea. But until our wuzzies stop worrying about football managers, and take their politics more seriously, Cameron knows he's pretty safe. He may huff and puff, but then so do we.