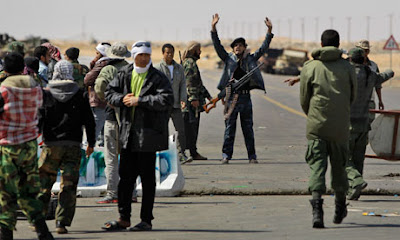 This is seriously pathetic - shades of Afghanistan, where we are forever whingeing about the other Johnnies not pulling their weight. But this time it's Libya, with little Willie calling on "Nato" – sans the United States – to come up with a "more powerful strike force".

Meanwhile, little Willie is having to live with the embarrassment of allowing former Libyan foreign minister Moussa Koussa to leave the country to attend talks in Doha, where Willie himself is bound, saying it was for the police and prosecutors to act if they believed they had cause to arrest him and prevent him from travelling.

All of this, of course, just goes to prove the point that there is no limit to the number of things our shoddy lot of politicians can mess up, although you have to give them some credit for their verve and the sheer breadth of their catastrophes. If there were Nobel prizes for inept governments, the Cleggerons would be in pole position.