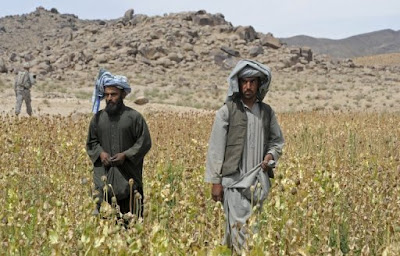 With so much emphasis on Libya, it is easy to forget that our troops are already committed to another failing venture, the one in Afghanistan. With little independent reporting because if the security situation – not that it would make a great deal of difference – we suffer the usual diet of spin, where MoD sources try to convince us that they are on top of the game, and everything is going swimmingly.

However, elsewhere, there are concerns that Britain risks losing the war in Afghanistan because commanders are more concerned with protecting soldiers than defeating the Taliban.  That was very much the case in southern Iraq, where casualty minimisation in the later days took priority over effective operations.

An anonymous officer claims that soldiers are now so laden with equipment on operations that they are incapable of mounting effective attacks. The Taliban have dubbed British troops "donkeys" who move in a tactical "waddle" because they now carry up to 110lbs of equipment into battle. The consequences of this are that "our infantry find it almost impossible to close with the enemy because the bad guys are twice as mobile".

Furthermore, the thing about this insurgency is that while the multi-national forces each have their own areas of operations, the Taliban are not so constrained. Thus, if it gets a little too hot for them in one area, they can simply move to another – in order to exploit weaknesses in the defences. And this is exactly what they are doing. Thus, you cannot measure success by what happens in any one area – you must look at the picture as a whole.

And here, the signs are not good. Two days ago, we are told, marked a significant milestone in Kabul when the Taliban managed to penetrate into the heart of the Defence Ministry. An armed man with an Afghan Army uniform and a valid ID managed to gain access to the offices of the Minister himself, killing two and injuring seven before being shot by bodyguards. There is some dispute about whether he was able to detonate a suicide vest before he died.

What applies to the violence also applies to poppy-growing – another metric which is used as an indicator of success, or not. And, while production is down in the south, that is more due to an unexplained virus affecting the crop than through multi-national action. But the effect of that is to triple the price for raw opium, and to move production north (where the lighter, drier soils produce a better quality product).

Everything about Afghanistan, therefore, is more "nuanced" than realised, and even a best-selling author is under suspicion for writing demonstrable falsehoods. Greg Moretenson is accused of fabricating important parts of his stories and using his charity as "his own private ATM" by the CBS Documentary 60 Minutes. Nothing – or very little – can be taken at face value.

So it is with the war. The amount of misinformation, spin and error vastly outweighs useful information, all in the context of the multi-national powers desperately looking for an exit, and trying to create a narrative which will enable them to do so without losing face. Where best-selling authors lead, governments follow. The narrative is written. All it needs is for it to be rolled out.