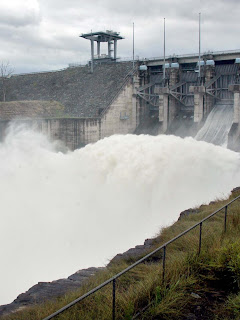 The questions over the Queensland floods raised by Booker in his column last week are now increasingly being asked by the Australian media.

With state premier Anna Bligh having appointed a formal inquiry headed by Justice Cate Holmes, it is now certain that these issues will be raised in a formal venue and be fully explored.

The inquiry, which has the status of a Royal Commission, will be assisted by former Queensland police commissioner Jim O'Sullivan and international dam expert Phil Cummins who have agreed to serve as deputy commissioners. An interim report on flood preparedness issues is due by 1 August and the final report is expected by 17 January next year.

Particularly active at the moment, in raising questions, is The Australian which has obtained evidence of what it believes are failures in the water management system, published in a piece headed: "Engineer's emails reveal Wivenhoe Dam releases too little, too late."

Leaked e-mail communications from a Wivenhoe Dam engineering officer, it tells us, "underline concerns that the Brisbane River flood was mostly caused by massive releases from the dam after it had held on to water too long over a crucial 72 hours before the severe rainfall that hit the region last week."

These emails, which become increasingly urgent in tone as the situation became critical as the dam's levels rise rapidly, were provided to The Australian by a source who said the stream of data had convinced him the river flood of Brisbane could have been largely avoided if the dam's operators had taken action much earlier.

A further article in The Australian tells us that river height data measured every few minutes shows the operators of Wivenhoe Dam let its levels rise back above the height at which the spillway gates were raised a day earlier in a bid to urgently dump a huge volume of water that largely caused Brisbane's flood.

Engineers who are closely studying the data are claiming that the water management company, SEQWater, now realises it had unnecessarily released too much water at the worst possible time in the late afternoon and early evening of Tuesday, January 11.

Outside this loop and thus slightly on the back foot and it reacts to the Australian's "exclusive", the Sydney Morning Herald is taking what appears to be a different line with the headline: "Dam releases 'could not curb floods'".

However, this tendentious piece actually says that the dam operator could not have curbed the floods that ravaged Brisbane without breaking established procedure and outguessing the freak rain storm. That would have required overriding the guidelines released by the Queensland government.

Working in accordance with the approved manual, the operator followed a flood mitigation strategy "based on a reasonable expectation that drastic releases would not be necessary because dam levels would not threaten an emergency spillway".

This is entirely compatible with our earlier assertions and particularly those concerning the dam. What has yet to be addressed, though, is why the operational parameters were set up the way they were, and the extent to which green ideology influenced them.

For the moment, though, Anna Bligh and the others who may have been responsible for the flooding disaster are hiding behind the inquiry, particularly Bligh, who says the operational issues are "... matters for the commission of inquiry." She does not, she says, "intend to speculate on technical engineering questions that the inquiry has all the expertise required to answer."

The intense media scrutiny under way, though, is not going to go away. Ms Bligh may be finding that she can hide, but she cannot run.