Without benefit of human intellect 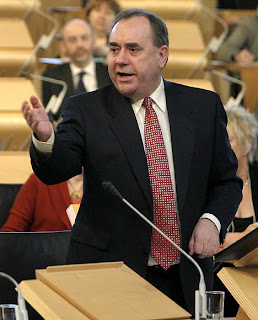 In The Scotsman today, we see an account of the odious Huhne attending upon the Scottish parliament's energy committee in Edinburgh, to which venue he did so egregiously travel by carbon-emitting aeroplane.

Thence, recalling his time as a financial journalist, did he regale the wastrels with his recollections of Alex Salmond, telling them: "That's when I first became acquainted with the expertise of one of Britain's best energy economists, now doubling up as the first minister".

In like manner – i.e., in a zone of existence not encumbered by the human intellect - we have Greg Barker, minister for energy and climate change, who tells us:


I want the City of London to be the global capital of the new, fast-growing green-investment sector. That's why we set up the Capital Markets Climate Initiative – to dismantle the barriers to low-carbon growth and facilitate a new wave of green investment in emerging economies.

This, incidentally, is the same poltroon who was recently asked by Philip Davis for the latest estimate of fully implementing the Climate Change Act. Was there any advance on £400 billion?

Said Barker: "These are big figures and it is difficult to get one's head around them. No new data are available, but I remind my hon. Friend that the cost of not acting is far greater than the cost of prudent early action. Lord Stern estimated that the cost would be between 5 and 10 percent of GDP. Moreover, this is a huge opportunity for UK plc".

This is almost like an episode from the Twilight Zone. They are in this world, but not of it. We have a long way to go, and I suspect things will only start to improve when our politicians rejoin this planet.