Built on a lie 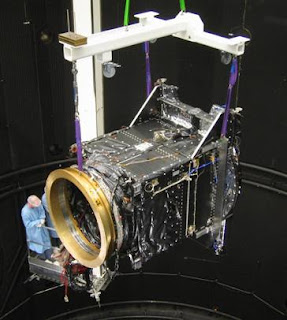 Time Magazine picks up on the Galileo story, repeating the meme that the project is "plagued by epic delays and woeful cost overruns." And, as always with lazy journalism, it goes for the cheap rent-a-quote, citing Mats Persson, director of Open Europe, who tells us, "Everything that could have gone wrong has gone wrong," thus in turn reinforcing the meme.

I do get more than a little pissed off with this. If you stand back from the hype, there is no evidence to support a claim that Galileo is suffering from "cost overruns."

Looking at broad US costings for GPS, in order to commission a brand new, fully-fledged satellite navigation system, complete with ground stations and infrastructure, you are not going to get much change out of €10 billion. If anything, that is on the low side.

Thus, in this case, we are not dealing with cost overruns, but something completely different. Essentially, as we averred in our piece, the EU commission has been lying about the cost, and is continuing to lie. It did so and is doing so because, had it been open about the true costs of the system, it would never have got approval in the first place.

Such issues are not hard to work out, but they point up the essential defect of the whole project, in common with the EU itself, that it is built on a foundation of lies. That, it seems, the timorous little journos of Time Magazine can't deal with, so they run with the low-octane Open Europe line and stay within their comfort zone.

This is what is has come to – the euroslime can rob us blind and no one even has the courage to say so – least of all the Uncle Toms in Open Europe.