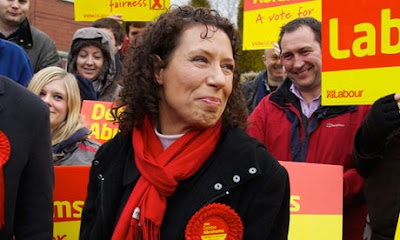 If anyone is interested (and doesn't already know), Labour won the Oldham East and Saddleworth by-election. Now there's a surprise. Debbie Abrahams takes the seat with 14,718 votes (42 percent - up 10 points since the general election) on a turnout of 34,930 (48 percent). This gives the constituency a new MP on a mere 20 percent of the potential vote.

The Lib-Dims maintained their share of the vote, taking 11,160 (32 percent, up 0.32 points) and the vote for the Tories collapsed, the candidate Kashif Ali taking 4,481 (13 percent, down 14 points). The Labour majority is 3,558. Already, the party political wonks are dissecting the result, but it actually means very little, other than the sheeple are firm advocates of the performance standard set by Proverbs 26:11.