An article of faith 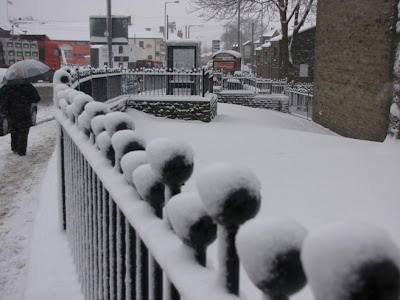 It has become enormously important for the Met Office to protect is own claim that it in some way predicted the severe weather at the beginning of the winter, so much so that it has become an article of faith that it was correct. To cement the lie, and with the help of the BBC's Roger Harrabin, the Met Office has been attempting to re-write history.

But, with a modicum of patience and a great deal of persistence, Autonomous Mind has finally nailed this lie. Based on a response to an FOI request submitted by Katabasis, another diligent toiler in the vineyard, he has discovered that the Met Office has been "economical" with is account of what it told the Cabinet Office, which it claims proves it predicted the bad weather.

With a copy of that advice now to hand, he finds that the all-important sentence, which qualifies its advice, states that: "The Met Office seasonal outlook for the period November to January is showing no clear signals for the winter". In terms, this proves that the Met Office complexly failed to discern the change that hit us less than a month after it had issued its wholly inadequate "assessment for winter".

Autonomous Mind believes that the Met Office is now completely discredited. Also utterly discredited is the BBC environment analyst Roger Harrabin, who tried to protect the Met Office, abusing his own position on its behalf. Both now owe us all an explanation.