Off and on it goes 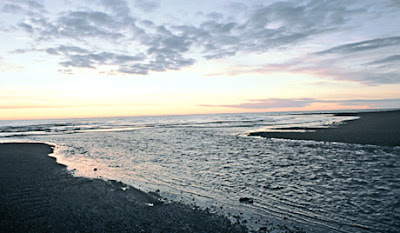 The rescue operation in the Okhotsk Sea has now been resumed, but it was set back more than was at first admitted yesterday when the towing cables broke. As we now learn, the towing equipment was damaged as well. But, with little more detail, almost like the old days when the TV shut down every night and all you got was the station card, all the Russian media is offering are stock photographs of the Okhotsk Sea (above).

In fact, confusion abounds. We are now told that the Sodruzhestvo has to be towed 100 miles before it can be united with the Bereg Nadezhdy, a journey which, according to Voice of Russia "may take a total of 12 hours". That distance surely has to be wrong – unless the Bereg Nadezhdy has also moved – in which case the idea of towing the Sodruzhestvo a 100 miles (nautical or otherwise – there is also a confusion of units) in a mere 12 hours is absurdly optimistic.

If this was being carried out in Western waters, with – say – a tourist ship involved, there would by now be wall-to-wall coverage as the drama intensified and the weather forecast offered a deteriorating situation. But because those at risk are Russian and a long way away, this is all you get.

Having been fed one optimistic, unrealistic bulletin after the other, Moscow listeners must feel they are back in the "good old days" of the Soviet Union. But this time it seems as much the incompetence of the media as anything else, as the standard of reporting has been dire. But, there you go. Sodruzhestvo may be on her way out. She may not. Who knows? One thing is for sure though, the Western media doesn't really care.