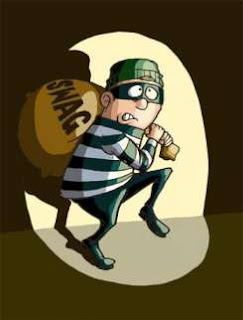 Earlier reports on the EU carbon trading suspension were talking about €7 million-worth of permits going missing. Then reports started telling us that the actual figure was €28 million – but that was only what had come out of the woodwork. Now the Estonain Free Press is talking about €40 million.

Despite the intangible nature, of the permits – they are all, selling permission to emit carbon dioxide – this is real money, which is going to come out of our pockets one way or another. Needless to say, the EU is stepping up the damage limitation attempts with Jos Delbeke, director general for climate action at the EU commission, claiming that the number of missing permits is equivalent to 0.02 percent of total allowances in the market.

A lot, lot more than that have gone missing though. This is only the tip of the iceberg. Most readers will recall that in 2009, the Emission Trading System (ETS) had been the victim of fraudulent traders in the past 18 months. This resulted in losses of approximately €5 billion from several national tax revenues. It is estimated that in some countries, up to 90 percent of the whole market volume was caused by fraudulent activities.

More recently, there was the Italian scam. On 17 December 2010, the Italian Guardia di Finanza, under the instruction of Milan's prosecution office, carried out raids on about 150 companies in eight different regions of Italy. These operations happened just a few weeks after the Italian Power Exchange (G.M.E) halted all trading in carbon credits due to a high number of abnormal transactions. The potential VAT-loss was estimated to reach €500 million.

Then, Rob Wainwright, director of Europol, said: "Organised VAT fraud remains a significant criminal activity in Europe. It is responsible for draining huge resources from central government revenues and undermining the objective of transforming Europe into a competitive and greener economy".

And here we go again, which is why they have suspended trading. This time, though, it is different. This seems to be "cybercrime" - attacks on five national registries, starting with the Czech registry but then moving to the registries in Estonia, Austria, Poland and Greece. They have been targeted, of course, because this is a stupid system for a stupid idea, wide open to fraud, doing nothing more than rip off money from honest people.

Either way, therefore, the money ends up in the hands of crooks – which is some small consolation. But you would think the crooks in the commission might actually look after the money they are stealing from us, and make sure the national systems - which they oversee - were secure. But they can't even do that. Then, I suppose, they have the advantage of being able to come back for more.