The dance of the trolls 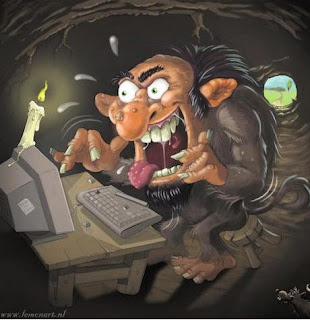 As the flood situation in Australia continues to deteriorate, the Dellers article on the issue, prompted mainly by input from a reader (which triggered our piece as well) continues to attract comment – although not as many as usual.

Nevertheless, amongst the number is a goodly proportion of what could fairly be labelled "trolls", the nature and behaviour of which have been fully characterised, and discussed on a number of blogs, such as here and here.

The latter piece, headed whimsically, "How to be an Internet troll", starts with probably the most accurate and devastating definition – although there are many more. A troll, it says, is like the scum of the Internet:


The purpose of his existence is to challenge the hero and play pest / spoilsport / critic / villain / supervillain by constantly attempting to discredit, rubbish and criticise all of the hero's attempts. To be a troll, you need not have any argument or merit, just a string of abuses targeted towards your object of obsession does the trick, and gets you noticed. All a troll needs is attention. And, you should get it no matter what it takes.

Having tracked the Booker column comments to explore the phenomenon in more detail – and play with ideas for their containment – one notes that there is a particular type of troll emerging – the "political" troll, and for them the key word in the definition is "challenge".

The troll takes as its starting point that the author of the piece to which it is responding is wrong, that the piece should never have been published, and that it is his sacred obligation to address these defects, and warn off all readers who might otherwise be influenced by it. That, in effect, defines the troll – it opposes the premise being offered and has taken it upon itself to correct or negate it.

To achieve these ends, the troll will adopt a number of techniques and characteristics, the most potent of the latter being sheer persistence. It is always there, always ready to post, always ready to challenge unwary supporters, it will normally be able to wear down casual visitors, or frighten them off with the intensity of their peremptory demands.

Some identify in troll behaviour the evidence of Alinsky tactics, which is unsurprising as most trolls appear to be of a left wing or "progressive" demeanour, and have wide experience of these tactics. Others seem to pick up the principle intuitively. 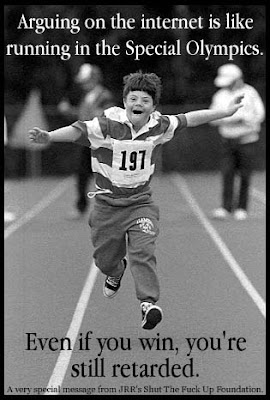 In detail, one sees the tactics as primarily those of declamation and challenge. The writer (i.e., Booker or Dellers) will be accused of getting it wrong, of misunderstanding "the science", distorting it (always deliberately) and/or of missing out key details (which the troll deems important). This will invariably be served up in an insolent and offensive manner, and then the battle starts.

Anyone incautious enough to mount a defence gets picked apart.  References or "proofs" are demanded, any omission - real or imagined - is challenged, and even the slightest error - again real or imagined - is picked upon mercilessly. But this is a "game" that cannot be won. If the challenge is seen off, with a successful counter-argument, the troll ignores it, waits a while, and then repeats the same challenge or assertion, unchanged, ready to start all over again.

Since several people might join in, some trolls delight in picking up differences and inconsistencies - real or imagined, it matters not - in the arguments, and setting them against each other.  Other trolls simply turn the arguments round, adopt them and repeat them back.

As a result, some  say that the trolls should be ignored. You can't win - so "don't feed to trolls". Leave them to themselves and they will go away.  But the "political" trolls do not. Imbued as they are with almost missionary zeal, they will disrupt a comments thread, dominate it and eventually take it over. That is their aim.

Does that matter, still others ask. I have an open mind on this. I am not sure. Thus, this is a ranging piece, to open a proper discussion and see where we go. But the non-PC picture sets the tone ... you can already see the horror on their faces and the Moonbat scribbling away!  We have lost the moral high ground, they will say.  But, as Dellers might say, if you can't beat them, the least you can do is annoy them.

That, of course, begs the question of what you achieve by this, but there is obviously some form of "prize" at stake, as the trolls invest a huge amount of time and energy in seeking to dominate comments and forums.  They must think it is worth it.