It was always going to happen 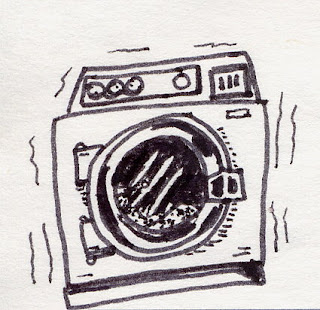 The ability to stand apart gives a sense of perspective which simply cannot be achieved when you are in the thick of things. And, with that perspective, it was always obvious that Coulson was going to have to go. He was what they call in the trade a wrong 'un.

However, what perhaps matters more than the loss of a rather seedy person from the not-the-Conservative Party team is the judgement of the people who appointed him in the first place, and sustained him. Step forward George Osborne and David "Euroslime" Cameron.

Actually, Euroslime Dave hasn't had that good a week. After a tawdry row with the mother of a severely disabled girl over respite care, and his dust up with Saeeda Warsi over her idiotic remarks on Islamophobia, the gilt is rather beginning to wear off the Golden Boy. If it hadn't been for the shock resignation of shadow chancellor Alan Johnson, he would be looking a tad exposed at the moment.

The bigger problem for the Boy, though, is actually how few care, beyond a passing recognition that the political classes are washing their dirty linen in public again – and what very unsavoury washing it is. Beyond that, there are far more important things happening. But surely the laugh of the week is Taoiseach Brian Cowen saying he will lead his party into the General Election and beyond. This comes to mind.

Some might think that was always going to happen as well. Some people just don't know when to give up.