One does wonder about the French 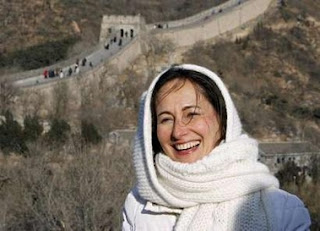 There have been some extraordinarily smart and hard-hitting women politicians in the twentieth century. The Israelis still mourn the passing of Golda Meir. Indira Gandhi was tough but, one must admit, a somewhat poor politician with an unfocused view of what was right for her country. But she did not make the sort of gaffes that Ségolène Royal appears to specialize in. I need not mention the woman who is regarded by many as the best British Prime Minister of the century. Even Hillary Clinton, who has refused to meet la Royal, is a serious politician, despite her recent incursion into paste-shaded mommihood.

As Nicolas Sarkozy pulls ahead in the polls both in approval of his policies and of his campaign (though whether visiting Tony Blair will enhance that campaign or not remains to be seen) Ségo runs into one problem after another.

First there was her unfortunate visit to the Middle East where she cheerfully agreed with Ali Ammar, a Lebanese Hezbollah politician that Israel was Nazi state and that American foreign policy was "unlimited madness", explaining afterwards that she did not hear the comments properly.

Then came the fiasco of her partner’s intervention into the tax debate. François Holland is clearly on the left of the Socialist Party or, at least, being its leader, likes to ingratiate himself with that wing.

A week or so ago he floated a plan, possibly to be presented as part of Mme Royal’s manifesto to raise taxes on people earning more than €4,000 a month. Given the state of the French economy and its ever high unemployment, given, also, the number of French with various levels of education, training and qualification who have chosen to vote with their feet (estimates of economically active French residents in the UK hovers around 500,000) hiking up taxes for the middle classes, as it was described immediately, is not a particularly attractive idea.

Mme Royal disassociated herself from this proposition then found herself in hot water because her spokesman, Arnaud Montebourg, made some comment about her greatest handicap being her partner. He was promptly suspended.

In the midst of all this, Sarkozy has been unrolling some, relatively interesting policy ideas, though he has not touched the biggest holy cow of all, the 35 hour working week. According to Thursday’s Wall Street Journal Europe editorial [subscription only]:

Mr Sarkozy says he would cut payroll taxes four percentage points, bringing France closer in line with its European neighbours. Each French household would get an extra €2,000 a year to spend as it wishes, he says, which could go up to €4,900 if his proposals on loosening up restrictions on working hours are adopted. … He also wants to reduce the widely disliked inheritance tax for all but the very rich.

Not precisely the most radical ideas but even our own Not The Conservative Party could take some lessons from that.

What of Mme Royal's proposals or counter-proposals? Ah, she says, in words that we are all too familiar with on this side of the Channel. We have to wait till she unveils her policies, supposedly on February 11. How are these policies being put together? Interactively, it seems, by taking into account and analyzing all the various suggestions posted on her website by the populace or that part of it that can still be bothered to become involved.

Meanwhile the Royal-Holland ménage is under the spotlight about its own income and tax returns, reminding us all rather forcibly of the Theresa Heinz Kerry scandal in the last American presidential election.

Ségo is trying to establish her credentials round the world. The success has been patchy and that is putting it mildly. She has been written off as a player in the Middle East. In Canada she managed to infuriate most politicians by apparently supporting Quebec separatism.

Then came the story of the "Corsica hoax". It seems that a comedian Gérald Dahan, who is close to the Sarkozy camp telephoned Ségo, pretending to be Jean Charest, the Premier of Quebec. Allegedly wishing to discuss the presidential candidate's earlier comments about "Québec Libre" he prodded her for a further pronouncement.

Dahan struck pay dirt, as they say. Mme Royal expressed the view that this is similar to some people's view in France. They would be happy to grant Corsica independence. But, don’t quote me on this, she added.

Telephone hoaxes are not very pleasant and the French campaign is shaping up as being one of the dirtiest on both sides in living memory. Nevertheless, making that comment about the possibility of Corsican independence, a rather touchy subject in France, shows a certain lack of flair. 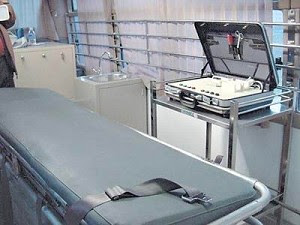 And so to China. Ségolène Royal was packed off to visit the tourist sights of China (which are many and splendiferous) in order to wipe out the memory of her gaffe in the Middle East. Apart from her sudden propensity to mangle the French language, there was the unfortunate statement about the Chinese judicial system.

Mme Royal, naturally enough, was pressed on the subject of Chinese human rights. Well, yes, she would raise the question of journalists being arrested but really she was not going to the country in order to lecture the government. This she repeated when she was actually in China, being photographed at various extremely impressive sights.

According to Le Figaro, however, she went further than that. We ought not to lecture the Chinese on these matters but look to what we can learn from them, she explained during her press conference.

I met a lawyer who told me that the Chinese courts worked a good deal faster than the French ones. So, you see, instead of lecturing people we must look at matters of comparison.

Given the standard of justice in Chinese courts this throw-away remark caused something of a hullabaloo. In fact, Sarkozy’s camp can give up on those dirty tricks. According to the International Herald Tribune, his lead over Mme Royal is growing.

It seems that even left-wing intellectuals, whom he has been courting assiduously, are throwing their weight behind him, though, again, their influence outside Paris is questionable.

Still, politics has shifted somewhat in France if this can be said:

One of the strongest statements came from the philosopher André Glucksmann, who declared in a commentary in Le Monde this week that the French left had been "stewing in narcissism" rather than taking stands on important moral issues and that the battle of ideas was in fact being conducted on the right. He complained that the left had failed to learn anything from its debacle in the 2002 election, when the Socialist Party's candidate was eliminated in the first round by Jean-Marie Le Pen of the National Front.

Glucksmann praised Sarkozy for taking account of France's changed demographics by advocating affirmative action and state aid for the construction of mosques. He called Sarkozy "the only candidate today" to have committed himself to humanitarian positions, notably by denouncing the war in Chechnya, in contrast to President Jacques Chirac, who in September awarded a medal to President Vladimir Putin of Russia.

As things are going, our politicians may find themselves furiously trying to imitate the French ones. Well not Ségolène Royal. Gaffes like that they can manage on their own.