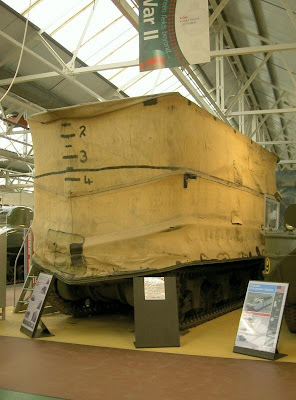 Today is the fiftieth anniversary of the death of an unsung genius of warfare, Major-General Percy Hobart, the man best-known as the commander of the 79th Armoured Division, famous for its range of specialist armoured vehicles used in the invasion of Normandy and afterwards, collectively known as "Hobart's funnies". 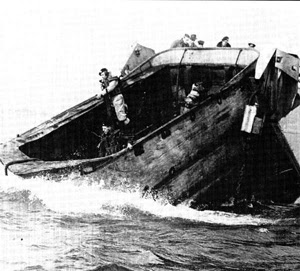 The photograph above shows a surviving example of one of them, the Sherman DD tank (the DD standing for Duplex Drive, the vehicle being driven by propellers once in the water.)

The idea was for this 40-ton tank to be kept afloat by the huge canvas, collapsible "skirt" so that it could swim ashore to an invasion beach, giving troops vital tank support in the first minutes of the landing, when they were most vulnerable. The idea was highly successful, catching the Germans off-guard and undoubtedly saving the lives of many Allied troops. 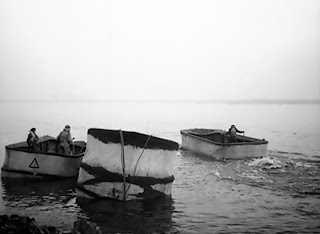 Readers will recall the great hullabaloo over the bravery of the soldiers who strapped themselves onto the sides of Apache helicopters in an attempt to rescue one of their colleagues, but for sheer raw bravery, there can be little to compare with being a driver of one of these tanks, driving blind over the ramp of a landing craft into the sea, in the certain knowledge that, if anything at all went wrong, it would sink like a stone, taking you with it – as indeed happened many times.

It is a matter of sadness that none of the media could bring themselves to remember today, taking the opportunity to commemorate the bravery of these men. 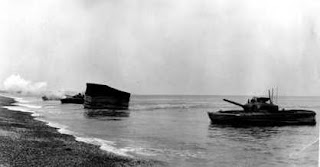 As for Percy Hobart, his story is told here and especially here. Even at this distance in time, it has the power to shock and anger and tends to reinforce that old saw that the greatest enemy of our armed forces was the War Office and is now the same institution in its modern guise as the MoD.

An armoured warfare specialist and an engineer, at a time when the Army was still hankering after its cavalry, one would like to think that Percy Hobart would understand today's military environment, recognising the need to restructure and re-equip the army to deal with the real enemy, as it presents itself, instead of the fictional enemy that the army brass would like to fight. 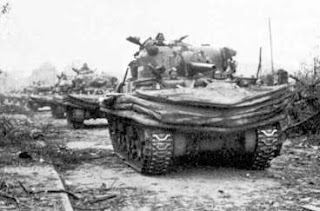 One can imagine also that he would be having the same difficulties convincing the brass of the need to change, the difference being that, without a champion in the form of Winston Churchill, he would most assuredly have failed. And that is perhaps the tragedy of today. We seem to lack the military thinkers of the likes of Percy Hobart, and his contemporary, Basil Liddel Hart, to say nothing of J.F.C. Fuller.

Interestingly, Liddel Hart, as war correspondent for The Times and The Daily Telegraph was a great supporter of Hobart, and was instrumental in getting him returned to the Army after he had been summarily dismissed by the War Office. And it is a reflection also of modern times that not only do we seem to lack the military thinkers, but also the defence correspondents of the calibre of Liddel Hart.

The world is a sadder and more dangerous place for that, but at lest we can be profoundly grateful that men of their calibre did exist at our time of need.