Could we have better targeting? 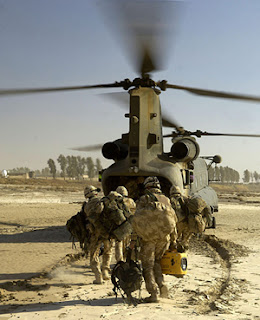 It comes as absolutely no surprise to learn that, in the wake of the troop reductions in Iraq, the government is now to despatch another 1,000 troops to Afghanistan.

It was becoming evident that our forces were unable to occupy the ground they were taking, as a result of which gains are being negated when we withdraw and the Taliban re-occupy the positions.

The concern now is, however, whether the scale of capital equipment (such as helicopters) will be increased and whether we will see some heavy armour in theatre (I will do a more detailed analysis later today).

Of immediate interest, though, is the response of opposition defence spokesman Liam Fox, who complains that: "The government has failed to get our Nato allies to carry their share of the burden in Afghanistan… Too many of our European partners are now pocketing the Nato security guarantee but leaving UK taxpayers and the UK military to carry the cost".

That is a little bit off target, methinks. I seem to remember the Nato SecGen calling for more troops, to say nothing of the US defense secretary and, most recently, president Bush. It is a bit rich to pin the whole blame on this government, as our Liam seems to be doing.

Also, it is as well to remember that the Afghan venture is indeed a Nato operation. One would have thought that an opposition that is apparently opposed to EU defence integration and supportive of Nato, would be pleased to see our military assets being used to support that organisation. Would he rather they were dedicated to the European Rapid Reaction Force or, even, that they stayed at home, leaving the under-strength contingent to struggle on without reinforcement?

Opposition to this current government we do need, but slightly better targeting would be in order.