You mean other countries ignore the ICC? 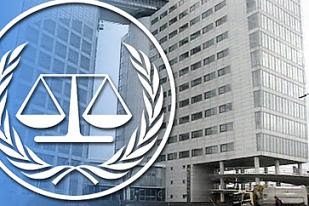 It is not that Tony Blair has no influence in the White House. He does have influence or did until John Howard became President Bush's best buddy. It is just that he has asked for all the wrong things.

Admittedly he could neither ask for nor accept the proffered free-trade agreement, it not being in his power to sign any international trade agreements. He is, after all, merely the elected Head of this country’s Government. Of no importance, whatsoever.

Blair squandered his extensive political capital in Washington on such matters as that painfully dragged out process of going through the UN before invading Iraq, pointless pleas that the United States sign Kyoto (already rejected by the Senate under Clinton) and join the International Criminal Court (which is against the US Constitution).

To listen to some of the moonbats and, even, relatively sane people, all the problems of the world stem from the United States not signing up to the ICC, whose legitimacy remains dubious despite 104 countries supporting it.

Apparently, not every other country in the world has signed up to it or bothers to obey its instructions. Sudan, for one, and thought it is hard for some people to imagine this, but their human rights record is considerably worse than that of the United States or, indeed, the United Kingdom.

Luis Moreno-Ocamp, the ICC chief prosecutor had said that Ahmed Haroun [an ex-state interior minister] and Ali Muhammad Ali Abd Al-Rahman were suspected of 51 counts of war crimes in Darfur.

But Mohammed Ali al-Mardi, Sudan’s justice minister [sic], told The Associated Press on Tuesday: “We are not concerned with, nor do we accept, what the ICC prosecutor has opted for.”

Opted for? Is that translation accurate?

As it happens, Abd al-Rahman, a militia commander, also known as Ali Kushayb is in detention in Khartoum “on suspicion of violating Sudanese laws” in connection with his actions in Darfur. Whatever his sins, he is probably paying for them.

Just to remind our readers, it is estimated that about 200,000 people have been killed and 2.5 million driven from their homes in Darfur since 2003. The numbers of those wounded, tortured, crippled and raped are unknown.

Khartoum says that about 9,000 have died, presumably of old age and pneumonia. The UN has done nothing and the vast amounts of aid pumped into Sudan by the European Union, allegedly to help the people of Darfur, has still not been accounted for.