Is this the Third Man? 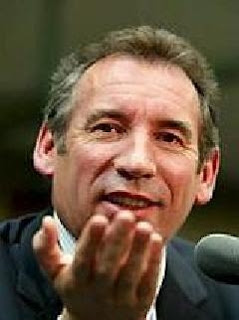 Contrary to what one might gather from the media coverage of the French elections there are more than two candidates around. Apart from Ségolène Royal and Nicolas Sarkozy there is, of course, Jean-Marie Le Pen, who launched his campaign two days ago and who is going to be ignored unless and until he scores well in the first round. At least that is what happened last time.

Remember the slogan that brought out voters to put their crosses against Chirac's name? "Vote for the crook not the fascist." Isn't French politics so much more sophisticated than American? 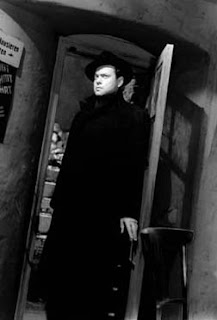 There is, however, another candidate, generally described as the Third Man (making Le Pen the Fourth Man, presumably). François Bayrou, a former teacher and education minister, as well as a farmer, is running from the soi-disant centrist Union pour la Démocratie Française (UDF), created by Valéry Giscard d’Estaing and completely marginalized by Jacques Chirac.

Now M Bayrou is fighting back by attacking both Royal and Sarkozy, left and right, offering the centre ground and claiming “that he will "rassembler" (bring together) the left and the right, posing as the successor to General de Gaulle and Pierre Mendès France”.

Last week’s polls have given him 17 per cent, six points behind Mme Royal. The problem M Bayrou thinks he faces (and he is probably right) is that the main media channels concentrate on the two main candidates, not giving him adequate time and exposure.

When he mentioned TF1 channel by name they responded by proving his point completely. He was invited to answer audience questions but not given the full two hours accorded to the main two candidates. Still, he seems to have performed reasonably well, despite the low audience figures.

(One wonders whether M Bayrou would fight for M Le Pen’s right to have equal time in the media as well.)

So what are these centrist policies? It is a little hard to work out from the usual reports but, fortunately, Nidra Poller, a novelist who lives in Paris and reports at length on various stories that do not seem to find their way into the French MSM, has written an article about M Bayrou and his politics in the Wall Street Journal Europe. Sadly, it appeared in the week-end issue and is available on the net only to subscribers.

Mr Bayrou, who accuses the two front-runners of making extravagant promises they cannot keep, equates the modesty of his own proposals with proof that they will be fulfilled. He promises to reduce government spending, balance the budget, encourage small businesses, reward the industrious, improve conditions in the universities and increase the research budget.

As all his promises seem to hinge on more government spending and interference, there seems to be a certain amount of contradiction there.

Applying the same values of reasonable moderation on the international level, Mr Bayrou would trust the EU for defense, the UN for world order, and a Middle Eastern Union, modelled on the EU, for peaceful coexistence in that troubled region.

Undoubtedly, the man is a chronicler of the Porcine Aviation Force. Still, as Ms Poller points out, this “emollient”, not to say half-witted, message appeals to people, who are seriously tired of their political establishment. That, after all, is Le Pen’s great attraction: he is an outsider.

The trouble with François Bayrou is that he is not really an outsider even though he has lost to Chirac in the power struggle on the right. He has been in politics for some time (though he is not an enarque but then neither is Sarkozy) rising to the position of Minister for National Education under Edouard Balladour and Alain Juppé.

Perhaps not being as good at politicking as his rivals on the right is something that will appeal to the French electorate.