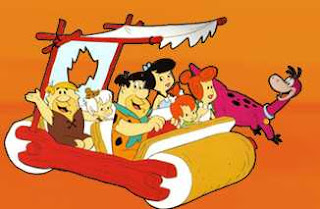 From last Sunday's BBC Panorama programme, on the Army in southern Iraq, we learn that our land forces have been dubbed The Flintstones by the Americans, reflecting the antiquated equipment operated by them.

This is very much the preoccupation of the House of Commons Defence Committee, which is due to report tomorrow on "The Army's Requirement for Armoured Vehicles: the FRES programme". This is its idea of an inquiry on the FRES system, announced last October.

Already, we have seen one tranche of oral evidence and the signs that the Committee will come up with anything useful are looking extremely doubtful. We will, however, look carefully at the report when it is available, and the responses to it. 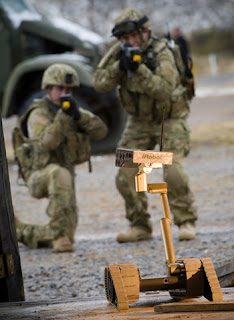 For the moment, however, it is interesting to look over the Atlantic at the US version and note that, while the British system has effectively come down to a matter of a family of armoured vehicles with network capability, in their own Future Combat System, the Americans are still sticking to the original concepts, complete with some high performance unmanned ground vehicles which look set to transform land warfare.

Despite the development of these systems, even the US military – with its far greater wealth and resources - is aware of the need to balance the modernisation of the future force with equipping the current force.

Hence, four of the 18 systems in the FCS programme have been deferred and the fielding rate for the system's prototype brigade combat teams, operating the Stryker APCs has been stretched out over five more years. Altogether, changes to the programme are set to reduce the budget by $3.4 billion over the next five financial years. 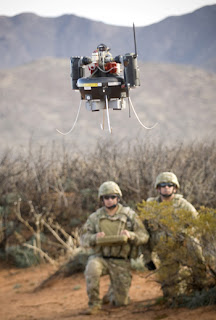 On the other hand, funds have been redirected in the programme to buy some more of the UAV classes, the prototypes of which have been successful in Iraq, and work on some light robotic systems has been brought forward. Furthermore, instead of waiting for the "big bang", some of the technology developed for FCS is to be introduced incrementally into the field, as and when it becomes available, particularly some of the intelligence-gathering and surveillance sensors.

That still puts the US programme cost at $162 billion with another $2 billion slated for "additional construction", which dwarfs the £14 billion to be spent on the British FRES system.

Therein is shown up the great divide. Despite equal or greater pressure to balance the modernisation of the future force with equipping the current force, the MoD is showing no signs whatsoever of cutting FRES funding to help pay for current needs. In fact, the reverse seems to be happening, with FRES ring-fenced while troops in theatre continue to live up to their enforced "Flintstone" image.