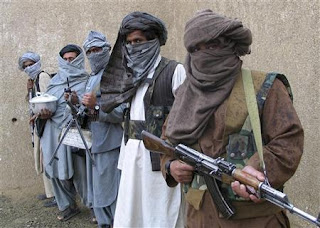 We did observe, not two weeks ago, that there was a definite sense of the tempo in Afghanistan increasing. And so it seems to be.

Depending on which report you read, Afghanistan's Bakwa district in Farah province has either been taken over by the Taliban after being abandoned by the local police or was temporarily occupied by a "group of militants" who moved in and stayed for about 30 minutes, seizing three vehicles before leaving.

This latter claim is from provincial governer Muhajuddin Baluch, although Baryalaj Khan, spokesman for the Farah police chief, has confirmed his force had lost contact with police in Bakwa since 11:30 am on Monday. This seems to be endorsed by a report conveyed by AFP from another official who claimed 300 Taliban had stormed Bakwa, forcing out government forces. This was Moheedin Khan, also described as a "provincial governor", cited as saying, "The district has been captured by Taliban. We've no communication with our people down there."

This is not the first time Bakwa has been attacked. In September 2006 at least 150 Taliban were reported to have raided the police headquarters in Bakwa, "igniting a battle that killed two militants and two policemen" before they were driven off. 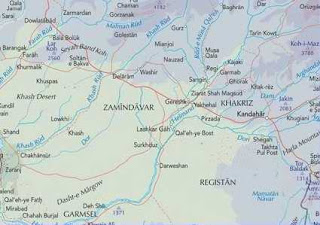 Bakwa (spelled "Bakva" on the map shown) is about 40 miles from the border of the Helmund province, in the British sector, about 100 miles due west of Musa Qala, with Washir roughly equidistant between the two – towns that have recently been occupied by the Taliban.

That makes at least three towns, including most recently Washir – that we know about – which have fallen under Taliban control. Yet this is at a time when, according to many pundits, campaigning in Afghanistan is supposed to be at a low ebb. The much vaunted "spring offensive" is still some weeks away.

Furthermore, although UK forces are claiming success in Garmsir, further south, it transpires that this merely involves holding the northern tip of the town and making a number of raids on targets further south. So far, we are told, they have not attempted to control the bulk of the town and are not trying to hold territory seized in the latest operation. And that is with a force of more than 250 British and Nato troops

Says military spokesman Lieutenant-Colonel Rory Bruce, "We don't need to hold that ground. The time will come when the Afghan national security forces are capable of moving out (into the area)." 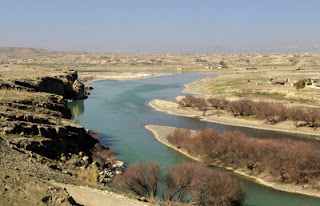 We read the same legend from The Times about an attack to clear positions used by the Taliban on the north bank of the Helmand river, from where the insurgents threaten reconstruction work on the hydroelectric station at the Kajaki Dam.

Backed by American money, Chinese engineers are due to start work on the dam's power station before spring, but will not do so until a security zone with a radius of six kilometres (about 3½ miles) has been created around the area. The account of the attack, however, concludes with this:

Finally, having cleared their objectives, without the loss of a single Marine, the two companies regrouped and returned slowly to base as the night fell once more. It was a lengthy march back. The wadis had been filled with knee-high running water; the flat fields turned to rinks of sliding mud. Behind the Marines, the silent, abandoned compounds disappeared back into the blackness.

And just over 12 hours later, early yesterday afternoon, 14 rockets slammed into the area around the Marines' Kajaki base, fired from the north bank of the Helmand river. The Taleban were back. 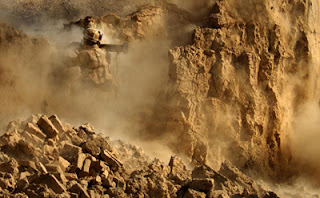 The very next day, The Times was again reporting on Taliban activity, this time recording that, "Missiles drive US staff from dam that Royal Marines fought to save."

What comes over is that the shortage of troops (and other resources) is beginning to tell. It seems that UK forces can only mount limited offensive operations, and then only with the aid of massive air power – from the USAF as well as the RAF. But they are not able to occupy the ground taken and, as The Times recorded, it only took the Taliban 14 cheap rockets "to bring to a halt one of Afghanistan's most prestigious reconstruction projects", when contractors responsible for the dam's reconstruction were ordered to evacuate after the rockets had been fired.

Elsewhere the situation seems hardly better, for instance, in the sparcely populated province of Oruzgan, north of Kandahar. This is a remote corner of the sector policed by a Dutch-Australian unit and the situation has had Mullah Maulwai Harmdullah complaining of his region being "virtually surrounded by Taliban", and calling for "more security". Yet, where the Dutch have adopted an aggressive strategy, they report having to scale back operation because of lack of support from Afghan troops and police. "It's all going more slowly than planned," a spokesman said. 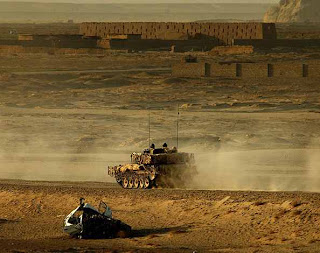 That also applies in the British sector, with The Telegraph reporting that the reconstruction effort in Helmund has virtually collapsed because of the scale of the insurgency. Still from the British media though, we are getting derring do reports, but these are not balanced by more comprehensive reports of the bigger picture, or any intelligent analysis.

And while president Bush may be promising "a new offensive" in Afghanistan, with an extra 3,200 US troops already in theatre, nothing in the current crop of reports begins to suggest that the situation in Afghanistan is under control. In a sombre parallel with our experience in Iraq, we seem to be losing ground fast.

The worrying thing is that, if we were to rely entirely on the British media - and certainly any one newspaper - for our information, we would not have an inkling of just how badly the situation appears to be deteriorating.

Photo credit: last three photos courtesy of the MoD, the first two of the Kajaki area, and the third showing a Scorpion light tank at Garmsir.