A tale of two planets 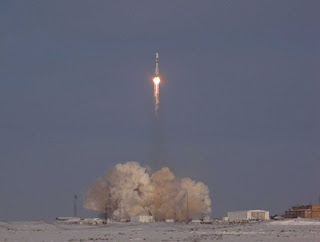 In two different newspapers, by two different columnists – contemporaries both – are two different stories, both about road charging. One is by Christopher Booker in The Sunday Telegraph and the other is by Simon Jenkins in The Sunday Times. And few things better illustrate the growing divide between rhetoric and reality, so much so that, although they are writing about the same things, the two columnists might just as well be on different planets.

As to the rhetoric, it is Simon Jenkins who thinks that Britain will have some form of road pricing, like it or not, sooner or later. The idea, he writes, has been about for decades and now its time has come. But, as he explores the options, it is very clear that he has absolutely no understanding of the fact that future provision will be governed by EU law.

The task of explaining this, in a fraction of the space, is given to Booker in his column, where he tells us that new systems will have to conform with EC directive 2004/52 on "the interoperability of electronic toll collection systems", to ensure that all the EU's planned road charging schemes are similar.

Booker then goes on to tell us that there are substantial problems arising from this. Firstly, Brussels is committed to drawing up a "technical standard", to which all national systems must conform, and so far, due to the huge technical problems involved, there is no sign of it emerging. Secondly, the EU scheme is to be based on Galileo, its rival satellite system to the US Navstar. And Galileo, despite the fanfares which greeted the launch, courtesy of a Russian Soyuz rocket, is a shambles.

Now, the difficulties outlined by Booker are not fiction and they are going to have a profound impact on the rollout of electronic charging schemes. The trouble is that, despite the government being well aware of the implications, politicians like Douglas Alexander are currently in denial.

When lightweights like Jenkins then fill up space in a leading national daily, chuntering on as if the EU did not exist, as if we were masters of our own domain, and as if there were no overwhelming technical and political problems, it is no wonder the public are so ill-informed.