It always was going to be trouble 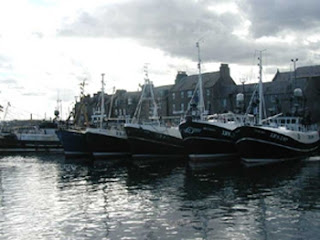 You can ignore gravity if you like, but I would not suggest jumping out of an aeroplane at 10,000 without a parachute, to show your disdain.

The political equivalent for the Conservative Party is to ignore the Common Fisheries Policy. Anyone with half-way sensitive political antennae would know it is trouble.

Unfortunately for the Boy King, imprisoned in his Notting Hill bubble, his political antennae do not reach beyond the M25, which means he has failed to appreciate the significance of the Common Fisheries Policy.

But it means that David Cameron has been flying false colours and now the CFP has risen up to bite him where it hurts.

Reaction is beginning to trickle in on the Tory boy diary, poisoned slightly with the first posting by a self-important prat who clearly has not read the Green Paper.