The black hole at the heart of our defence policy 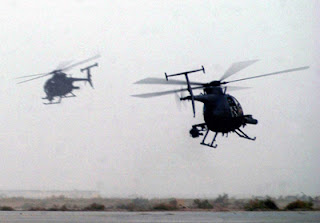 It is no coincidence that, at Defence Questions yesterday, a line was developed trying further to elucidate where and on what grounds decisions are made concerning the purchase of equipment for our armed forces.

This time it was light assault helicopters, an issue we have been pursuing for some time on this blog and which re-emerged with a vengeance after the use of Apaches in Afghanistan to recover the body of a dead Marine.

It was following that incident that one of the better debates took place on the unofficial Army forum about the provision of "organic" close air support. On balance, it seemed, sentiment was in favour of such a provision, and a number of Parliamentary questions were framed, pursuing the matter.

One of the questions was from Nick Harvey, the Lib-Dem defence spokesman. He asked whether the Secretary of State for Defence had made an assessment of the potential for the use of small light assault helicopters in Afghanistan and other combat zones. This was the reply:

Thus it was yesterday that Peter Bone, the Conservative MP for Wellingborough, asked the Secretary of State who had identified that there was no capability gap? "Was it politicians, the civil service or the armed forces, and on what basis was that judgment made?" His effort elicited this reply:


Des Browne: A judgment would be made only on the basis of advice from the military and on no other grounds at all. I have no expertise to make such an assessment and I would depend entirely on military commanders to make an assessment for me. I have to say that I agree with the hon. Gentleman — I do not believe that there is a shortage of attack helicopters in Afghanistan. Those Apaches that we deployed, despite the fact that many people said that they were a bad purchase in the first place, have turned out to be much more capable than anybody thought they would be. 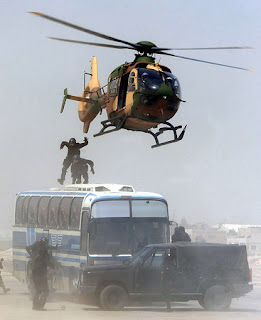 If Browne can be applauded for his candour, he can also be condemned for his naïvity. Firstly, he has confused the concepts of the attack helicopter, with the different "assault" machine, a (usually) armed helicopter that brings troops into battle.

More seriously though – as we know – there has already been the debate within the MoD as to whether some of these machines should be acquired – and the decision was "no". So, Browne has gone to the very organisation that has made a negative decision, for reasons we know why not, and got a negative answer. But, given the aura of negativity within the department, the reasons could well have been ill-founded.

Browne should not have relied on that tiny little clique of officials (some in uniform) to tell him what to do. He should have widened the debate, listened to more voices and, if necessary, commissioned independent studies. He has no business outsourcing policy to his officials. There lies the black hole at the heart of our defence policy.

And the odd thing is that, despite its crucial importance in hampering the war effort, neither the "official" opposition nor the media are even aware of it. As always, the real debate goes on without them.