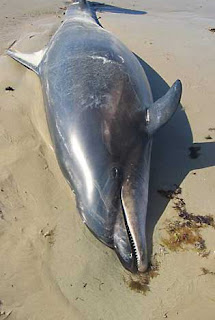 What does the Conservative Party and the BNP have in common? Well, this week, both took a potshot at the UK Independence Party over its voting record in the EU parliament.

Said the Tory website, “UKIP's Farage is far from dolphin friendly”, pointing out that the Party had voted against proposals to introduce a uniform definition of driftnets to help control and enforce restrictions and so further protect dolphins and whales.

Fisheries spokesman for the Conservatives in the EU parliament Struan Stevenson said: "Driftnets have been banned in the EU for several years now. This proposal tightens up procedures. UKIP clearly doesn't care for dolphins."

Then along came the BNP with an article on its website headed, “UKIP votes against dolphin protection!”

With two of the Sunday broadsheets also featuring UKIP this weekend, members could be forgiven for feeling that they are being got at. But when the Tories and BNP get together, that has to be a first.