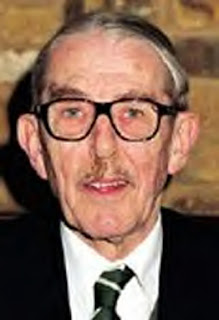 I have just returned from the Memorial to Ralph Harris, aka Lord Harris of High Cross. I wrote an obituary of the great man at the time of his death, so I need not do so again, except to say that neither I nor anyone else who knew him has really come to terms with the fact that the world no longer has him in it.

It was, as readers can imagine, a gathering of the clans with many friends and acquaintances, all good allies in the fight.

Twelve people from different backgrounds and different countries gave brief talks about Ralph and their memories of him. In the middle about ten minutes of a Liberty Fund film, “Conversation with Harris and Seldon”, was shown. As the meeting was dedicated to Ralph Harris, it was almost entirely his words that we could hear.

The DVD of that discussion is available from the Institute of Economic Affairs and the text has been published together with comments by other eminent economists and writers.

What struck me was Ralph waving about his “bible”, Hayek’s “Constitution of Liberty” and quoting from its last chapter, “Why I am not a conservative?”. That was the book, incidentally, Margaret Thatcher is supposed to have pulled out of her bag when, as a newly elected leader of the Conservative Party, she met her policy wonks at Central Office. Dissatisfied with their waffling, she reached into her bag, took out the book and slammed it on the table with the words: “This is what we believe in”. I am surprised nobody asked her what she meant by “we”. 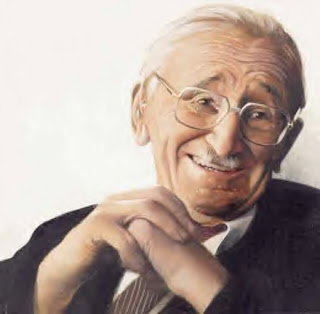 Anyway, Hayek’s words explain perfectly why a free society is preferable to the alternative and why looking for utopian solutions with super-intelligent and super-moral philosopher-kings is not the answer.

The main merit of the individualism which Adam Smith and his contemporaries advocated is that it is a system under which bad men can do least harm. It is a social system which does not depend for its functioning on our finding good men for running it, or all men becoming better than they are, but which makes use of men in all their given variety and complexities, sometimes good, sometimes bad, sometimes intelligent, more often stupid.

There you have the answer to all that wailing and gnashing of teeth. No, politicians are no better than we are; they were never better; and they never will be better. They reflect society as it is. Therefore, we must have a political system in which they can do as little harm as possible. All else is a mirage.