Authors of their own misfortunes 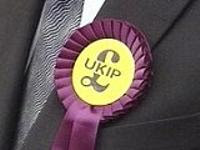 Given the weight of adverse media coverage over the weekend, UKIP has emerged relatively unscathed today, with only The Daily Telegraph making anything of the stories in the Monday press.

However, while some of the focus has been on the machinations of the not very wise Tom Wise and the Bown donations by far the greater long-term threat is an investigation into the ways MEPs have spent their £125,000 annual assistants’ allowance.

Should they have been shown to have broken the rules, the ten UKIP MEPs could be individually liable for repayments, perhaps amounting to £200,000 or more, for each of them. By contrast, the Electoral Commission threat to recover £350,000 from the Party is relatively small beer.

This has not stopped a few die-hard UKIPites complaining that they are being unfairly treated, but on the UKIP Forum, there is also some recognition that the inept leadership is at least in part responsible for the woes the Party is currently experiencing.

That the Party hierarchy is largely the author of its own misfortunes is most evident in the treatment of its payments to Party workers using EU money.

That money is actually ring-fenced fund to pay for staff to assist MEPs in their duties. The sum is relatively high because it is recognised that they have to maintain offices in the EU parliament and in their home countries. Thus, an MEP is quite entitled to employ staff in the home country, to carry out a diverse range of functions.

What an MEP is not allowed to do, however, is spend that money on employing workers whose sole (or main) duties are party political - as has been the case with UKIP.

To an extent, every Party does "stretch" the system but UKIP have been rather blatant in what they have been doing, thus inviting a reaction. If that was their intent, they can hardly be surprised when it comes.

Had the Party been a little more intelligent in how it managed its affairs, it could have achieved the same end, without falling foul of the rules. For instance, there was no need to use the "assistants" fund directly to pay for Party staff.

One alternative would be to levy a large precept on the MEPs' salaries - which they are free to spend as they wish - and then have the individual MEPs hire close relatives (wife or some such) as an assistant, to make up the deficiency, the sums obviously going into the household budgets.

Another option is for the Party to take a substantial percentage of the "assistance" and office expenses funds to pay for head office costs and staff, who rightly can be said to be carrying out group administrative functions which have direct relevance to the MEPs. This is what the Tories do. Monies that would then otherwise be spent on head office functions could be diverted to pay for party workers in the regions.

However, the Party set up a system in 1999 which it knew to be against the rules but, on such a small scale that it felt (probably rightly) that it would not be noticed. With ten MEPs and a higher profile, that was never going to be the case. But instead of rethinking the system - and borrowing ideas from other (more experienced) parties - UKIP persevered with a scheme that was almost bound to cause them grief.

For them then to complain is rather akin to standing up in the middle of an active battlefield and waving your arms around and then protesting that you get shot. In short, UKIP's behaviour has invited what is very close to a self-inflicted injury.